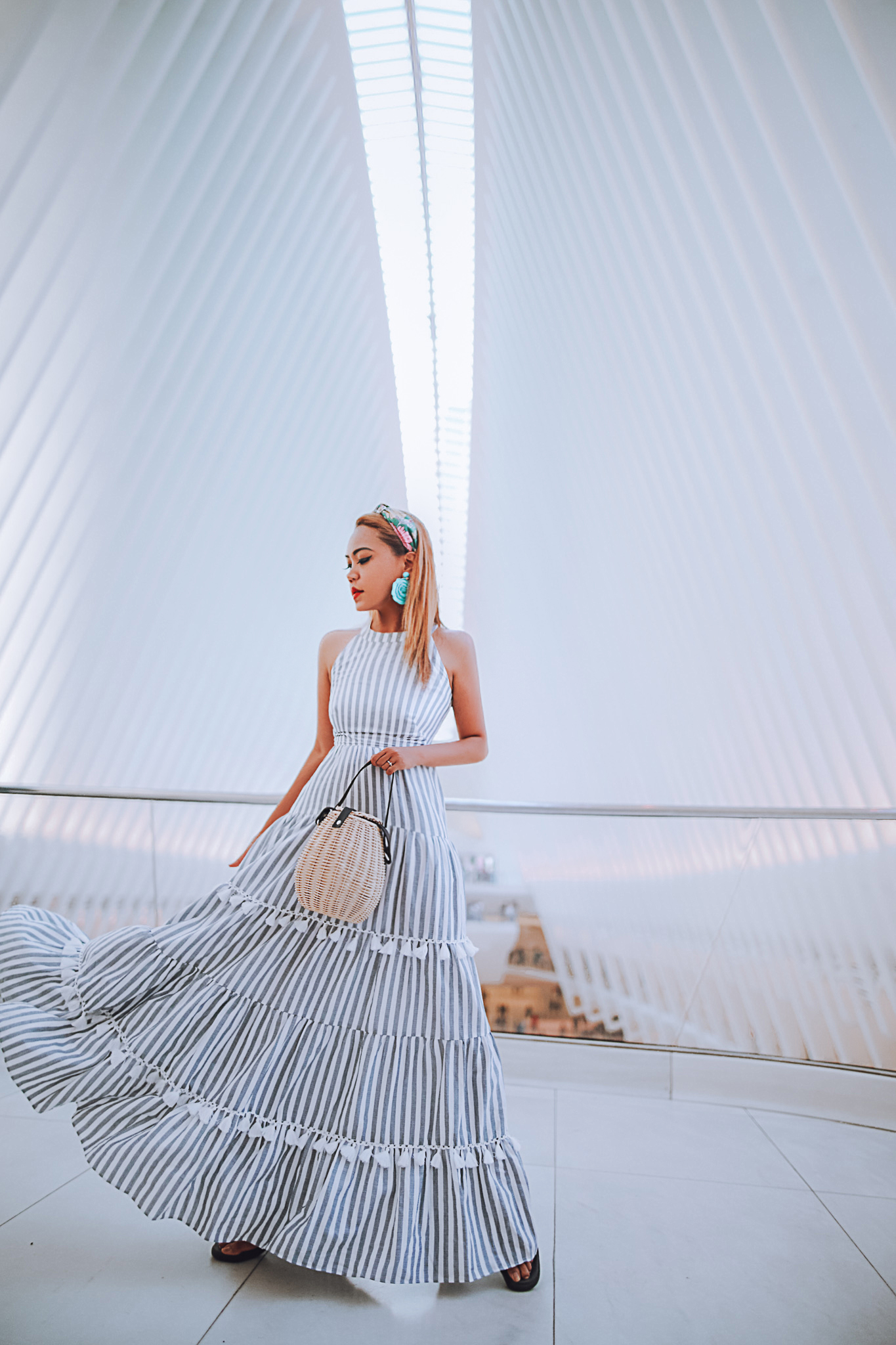 There is so much to see in New York City! Its bustling streets are a whirlwind of activity, and there are world-famous sites around every corner. From the iconic landmarks like the Brooklyn Bridge to the city’s incredible food scene and the fascinating museums, you could spend months exploring NYC. Here’s my ultimate New York travel guide to help you plan an unforgettable trip! 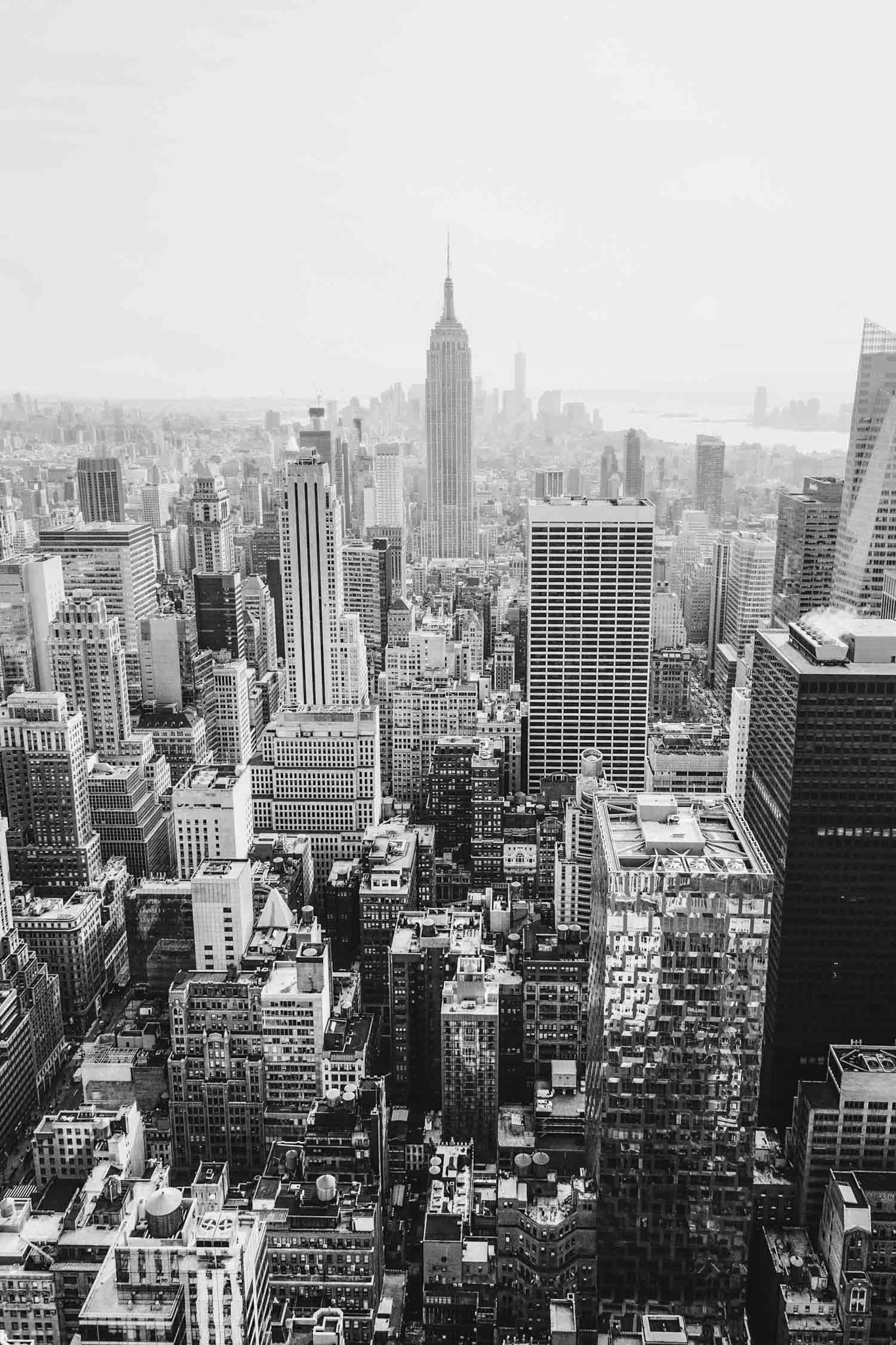 New York is probably the most visited city in the United States. Famous for fashion, nightlife, art, food, and theater, to me, New York is the heart of the world. Every culture, language, and food is represented here. You can spend a lifetime exploring and never really see it all. New York City is one of the most amazing places in the world – and the city basically sells itself.

WHAT TO EXPECT IN NEW YORK

Language: English is the main language spoken in New York, but because the city was a hub for immigration, it’s a melting pot of cultures. You’ll often hear a lot of Italian and Spanish while out and about.

Currency: The US Dollar ($)

Credit Cards and Banks: ATMs are easy to find in the city, and most hotels, restaurants, and shops will accept credit cards.

Best Time to Visit: There’s no bad time to visit New York City. Whether you’re looking to celebrate Christmas in the city or you prefer warmer weather – there are tons of bucket list experiences for travelers throughout the year. For pleasant weather, the best time to visit is in the springtime (April to June) and the fall (September to early November). Though if you are looking for the cheapest time to visit, mid-January to the end of February is the best time to go.

FIGURE OUT YOUR BUDGET

New York City is one of the most expensive cities in the world—but it can also be surprisingly affordable if you plan it out right. Before you go, do some research to create your own must-do and must-see list to start pricing things out. It is such a magical place but your first trip to New York City can be a bit overwhelming. Where do you even start? Where is the best place to stay in NYC? What are the most underrated spots in the city? How do you travel NYC on a budget? I know how much planning can go into a whirlwind getaway. 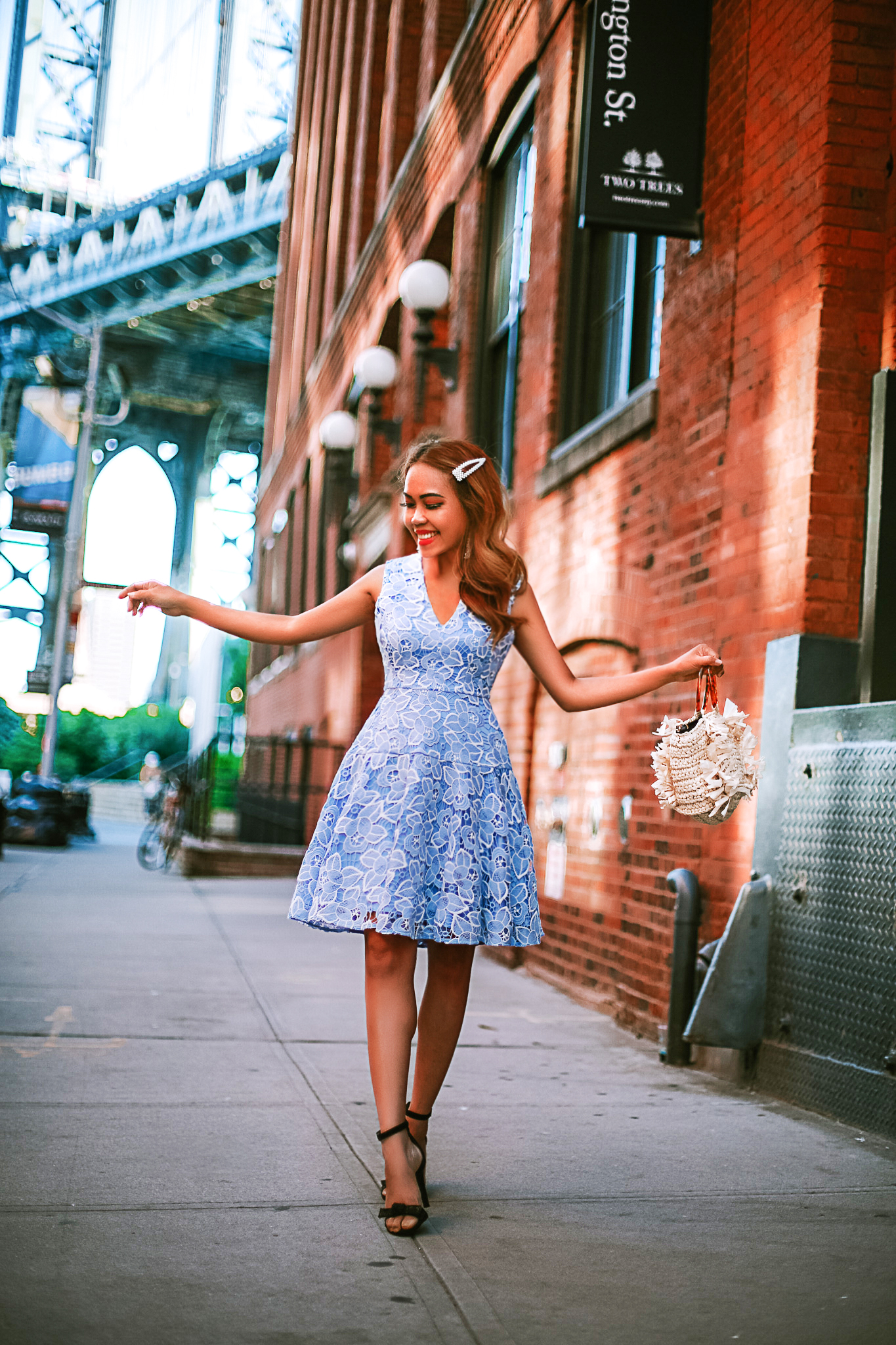 Find a Hotel in a Convenient Area

Of course, you will save some cash if you book a hotel on the outskirts of the city but it’s just not worth it. If you are only in town for a few days or a week, you don’t want your time to be eaten up by getting into the city. Your trip will be much more enjoyable as well if you can stop by the hotel to relax and changes clothes anytime. You will likely do a lot of walking, so there’s a good chance you’ll want to refresh before going out for the night. Make it easy on yourself! If you are really trying to keep costs low, downgrade the hotel rather than the location! A cute hostel in the middle of the action is much better than a luxe place in New Jersey. 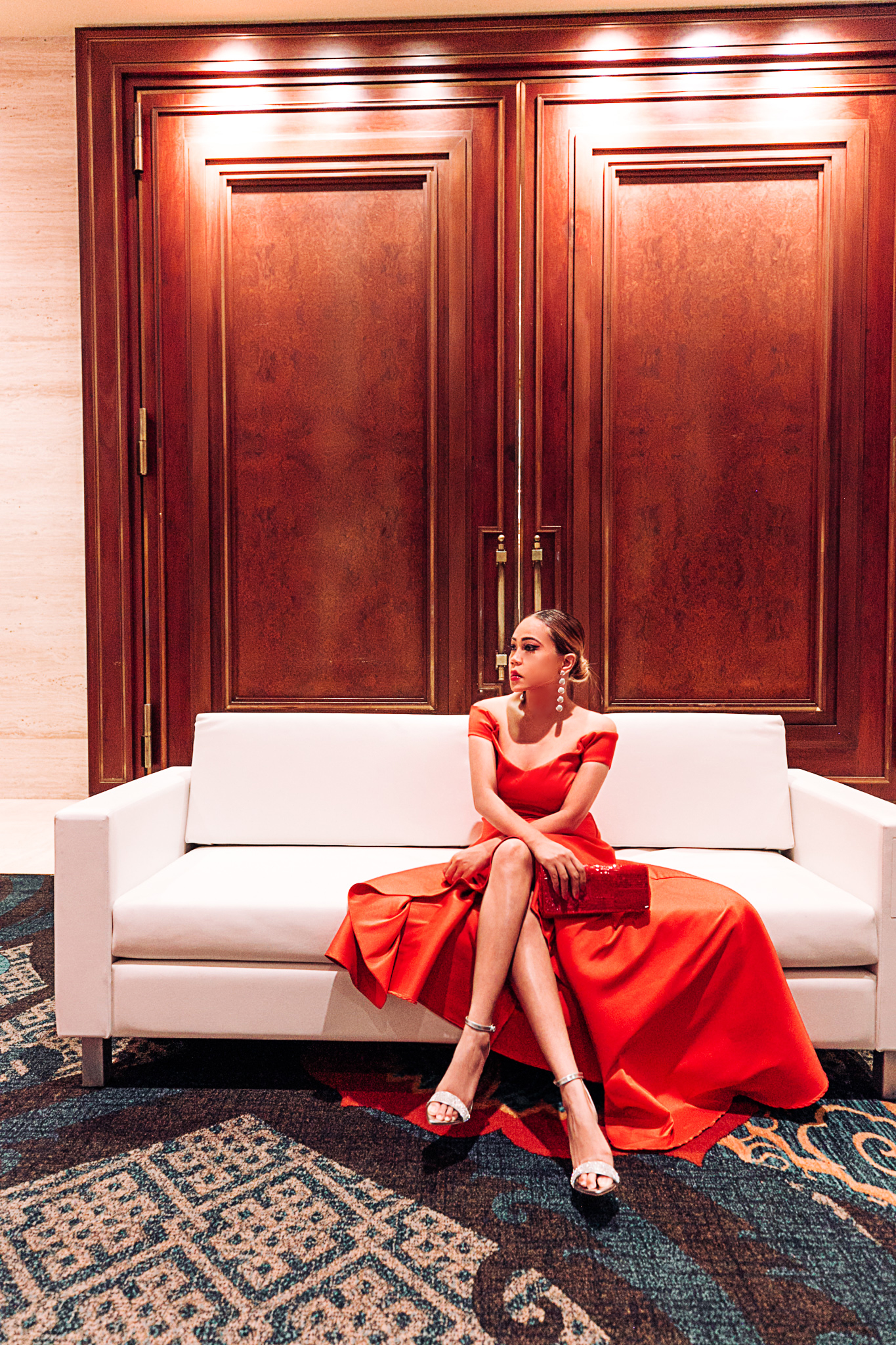 Hostel prices – During peak season, a bed in a four-six bed room will cost from about $50 USD. For a room with eight beds or more, expect to pay around $45 USD.  During the off-season, a bed in a room with eight beds or more will cost from about $40 USD each night, while smaller rooms will cost about $45 USD.A basic private room with an ensuite bathroom costs from $115 USD per night during peak season. Prices are about $85 USD in the off-season.
Budget hotel prices – Nightly rates for a budget two-star hotel room start at about $130 USD in peak season. In the off-season, budget rooms start from $95 USD.
There are lots of Airbnb options in New York City. A shared room (like a bed in a dorm) averages about $40 USD per night, while a private room is about $67 USD per night. A full apartment averages about $162 USD per night. 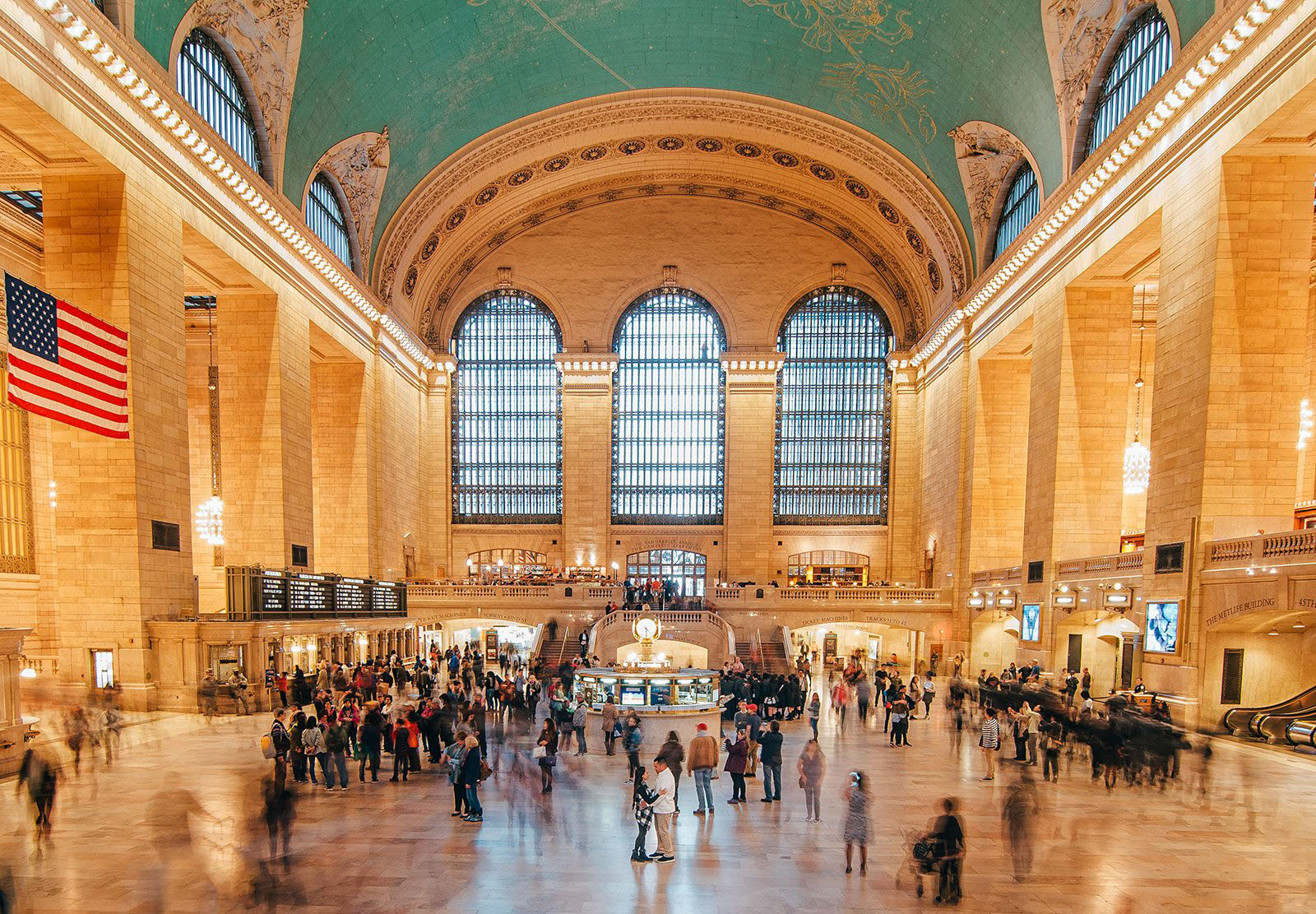 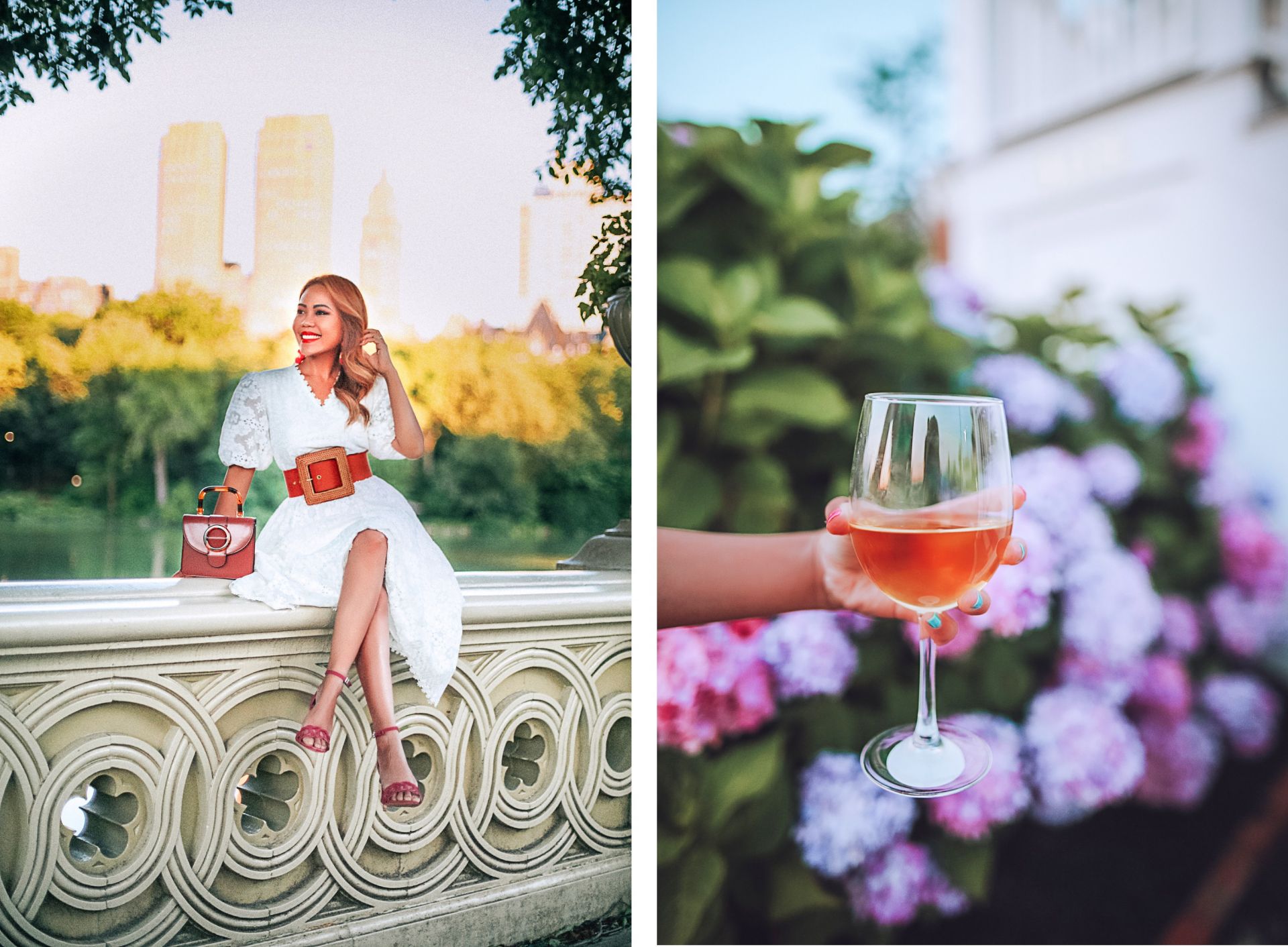 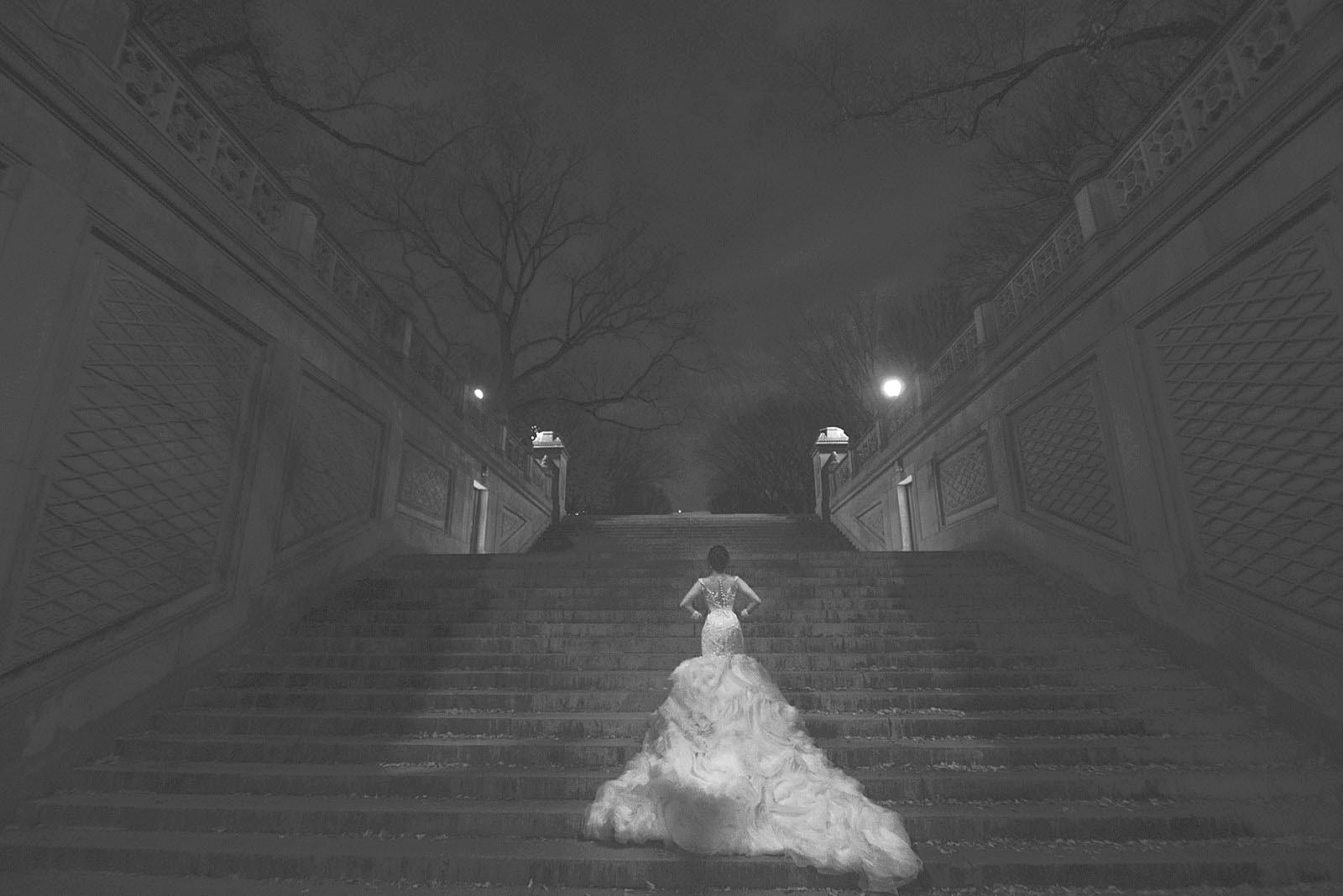 Other Things to See and Do in New York City

Walk across the Brooklyn Bridge to experience an interesting view of the New York skyline and harbor. It’s a long walk, but good food and drinks (like the brewery) await you on the other side. Stopping to take photos and meandering along the way will make the walk about 40 minutes. I enjoy doing this walk at night when downtown Manhattan is all lit up.

No matter when you go to Times Square, it will be packed with people (usually other tourists). There are pedestrian areas where you can sit and hang out. If you aren’t shopping or eating or seeing a show, there isn’t much to do in the area (and no New Yorker hangs out there), but it’s still a fabulous place to people-watch for a few minutes from the top of the red steps of the TKTS kiosk. 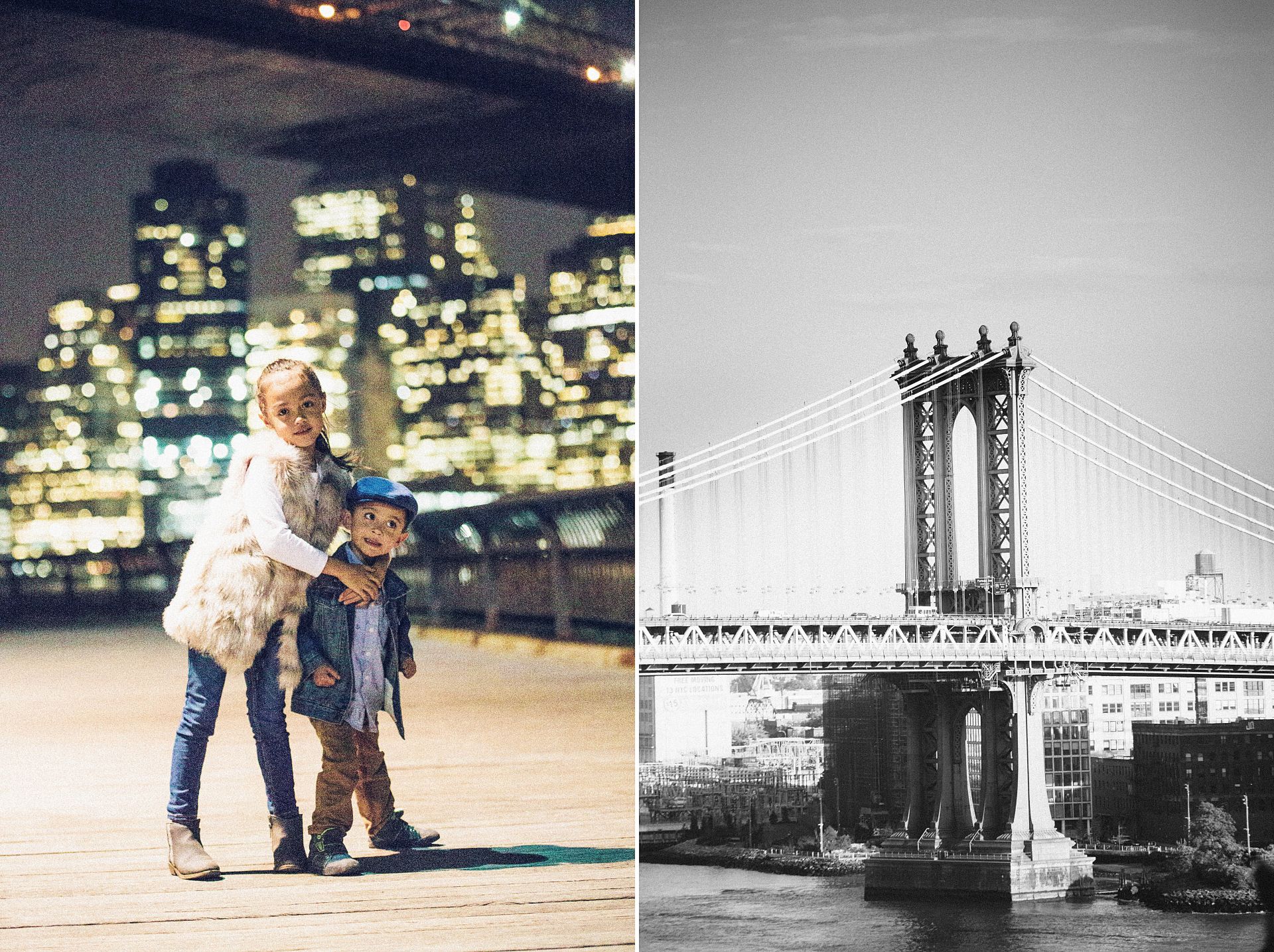 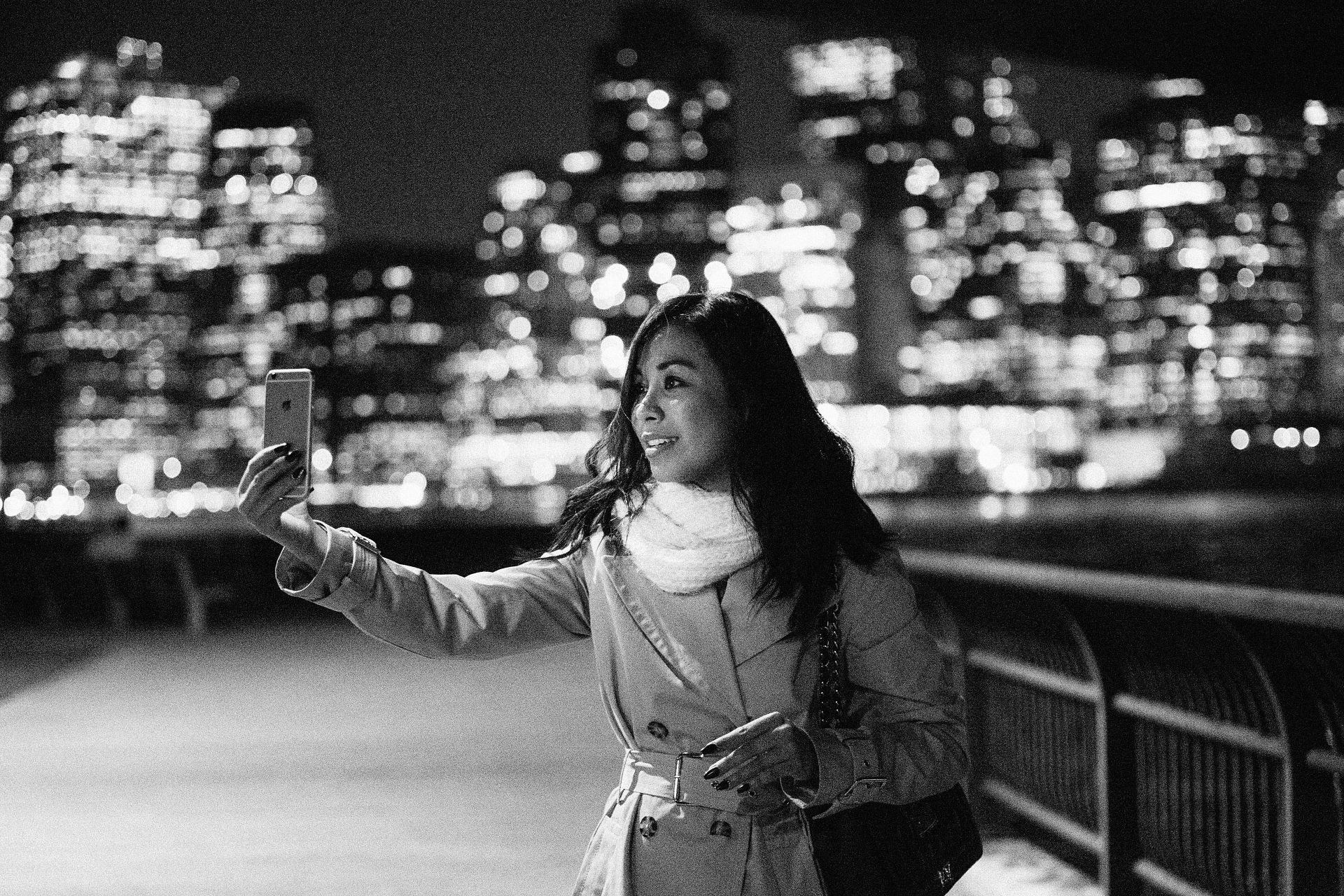 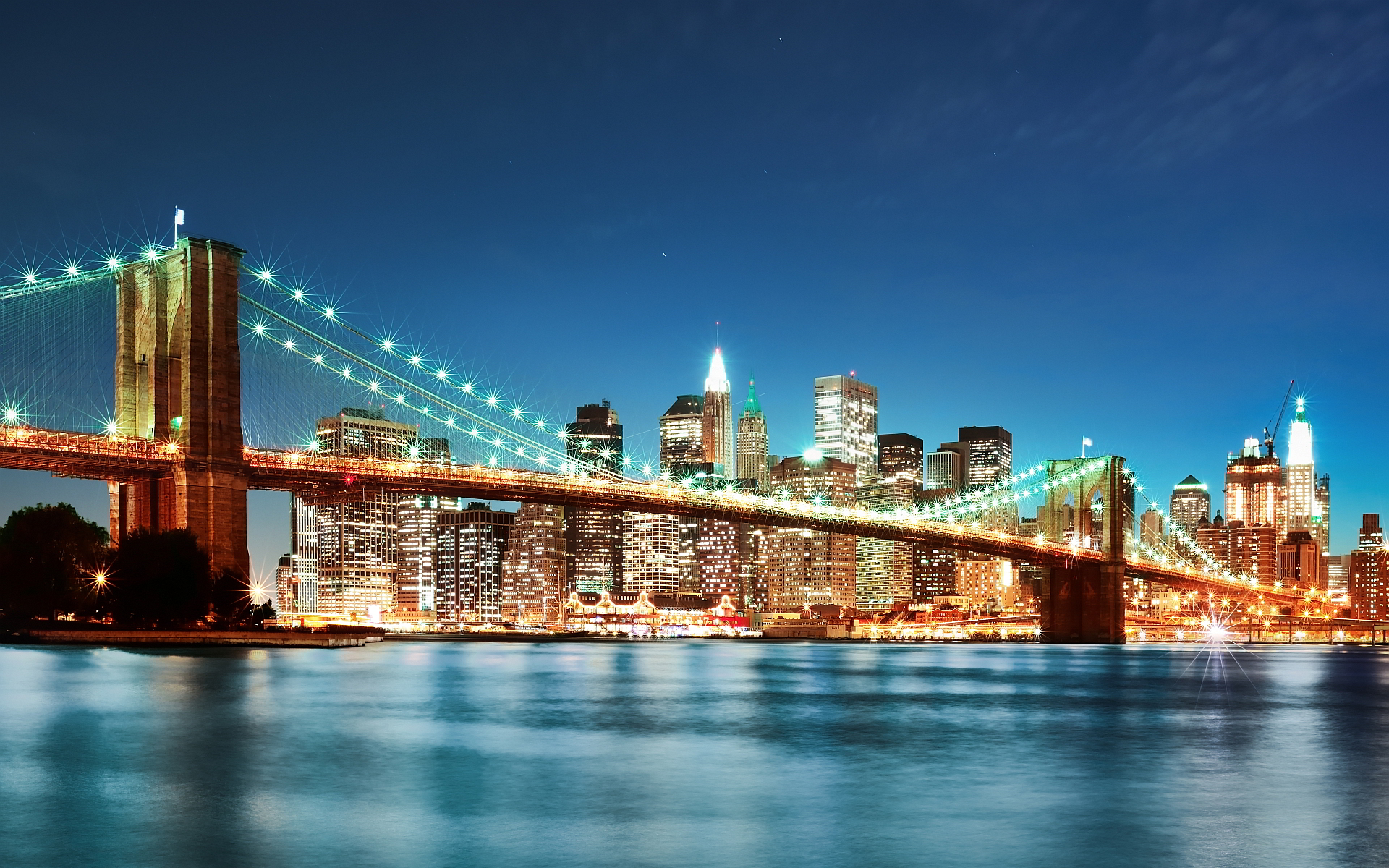 Head to Top of the Rock
This area is always filled with hustle and bustle. Wander around Rockefeller Center to see where they film The Today Show, shop, snack, and take the elevator to the “Top of the Rock” for another bird’s-eye view of the city (which I personally think it better than the Empire State Building, since from the top of here you can get that building in your picture too!). Tickets cost $38, and it’s open daily from 8am-12am (midnight).

Grand Central Terminal is the city’s historic train station. It was going to be torn down in 1975 but was saved by Jacqueline Kennedy, who raised money for its preservation. There are free historical tours on Wednesdays. I love coming to the main concourse and looking up at the “stars” in the ceiling and people-watching as everyone races to and fro. All those people — where do they go? What do they do? Also, there’s an amazing eatery in the basement called the Grand Central Oyster Bar & Restaurant. And for fancy (and expensive) cocktails, visit the Campbell Apartments and step back into the 1920s (dress code enforced). It was once the office of John W. Campbell, a member of the New York Central Railroad’s board of directors and finance tycoon from the 1920s. 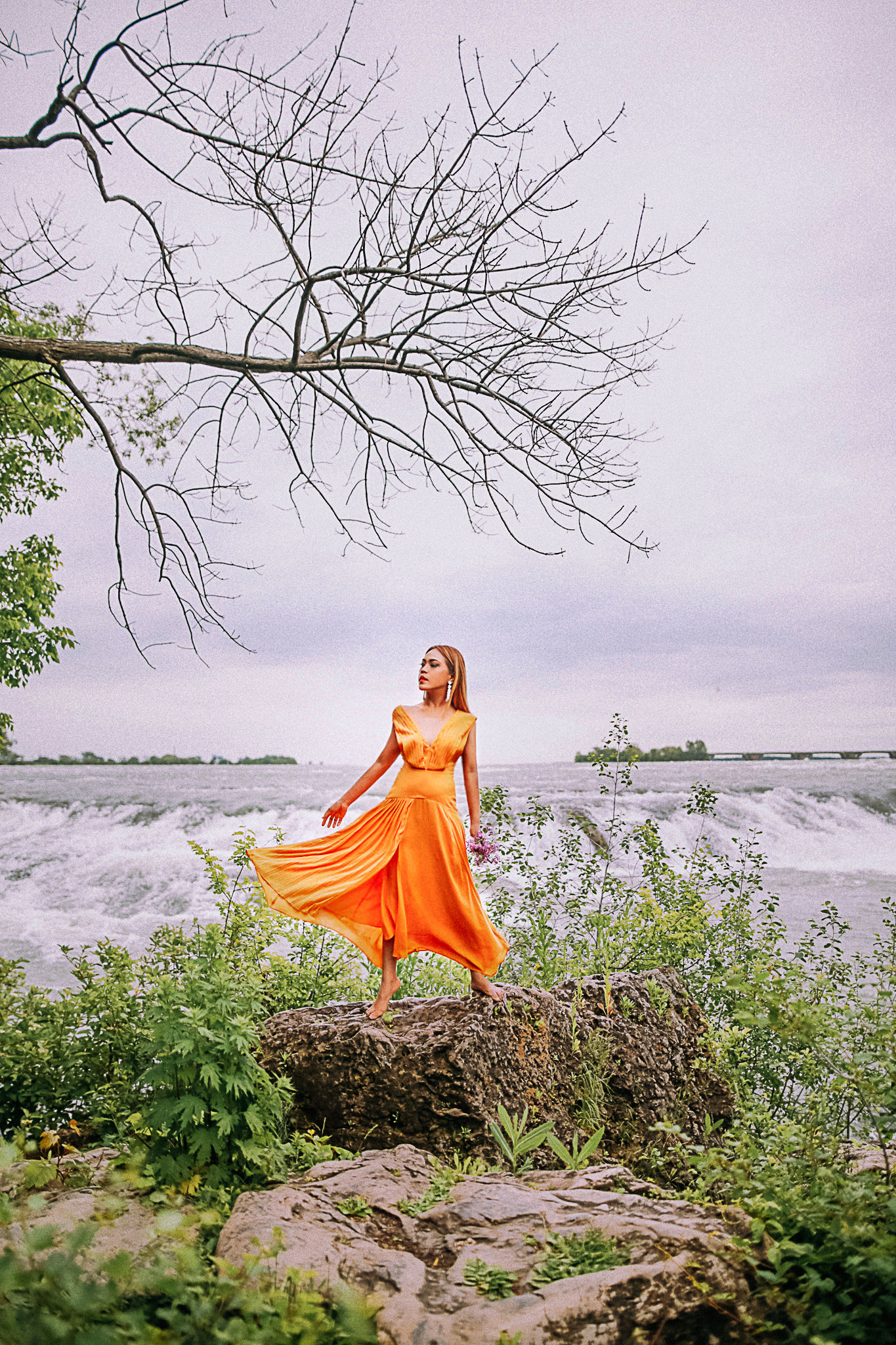 Food – New York has food at every price range. Pizza slices can be found as little as a dollar, though typically cost about $3 USD bagel with cream cheese or a hot dog is usually $1.50–$2.00 USD. There are plenty of street vendors with meals around $5-8 USD. Sandwich shops, kebabs, salad shops, and cafe meals generally are less than $10 USD.

You can eat a mid-range restaurant for $15-25 USD per the main course, including vegetarian dishes. Dinner for two with drinks usually averages around $50-70 USD, and a beer is about $7 USD.

Prices just go straight up from there as NYC has some really fancy and expensive restaurants. I mean, you can pay upwards of $335 USD for a prix-fixe dinner! But you can find main courses at many high-end restaurants for about $45 USD each, or $125 USD for a few courses and drinks 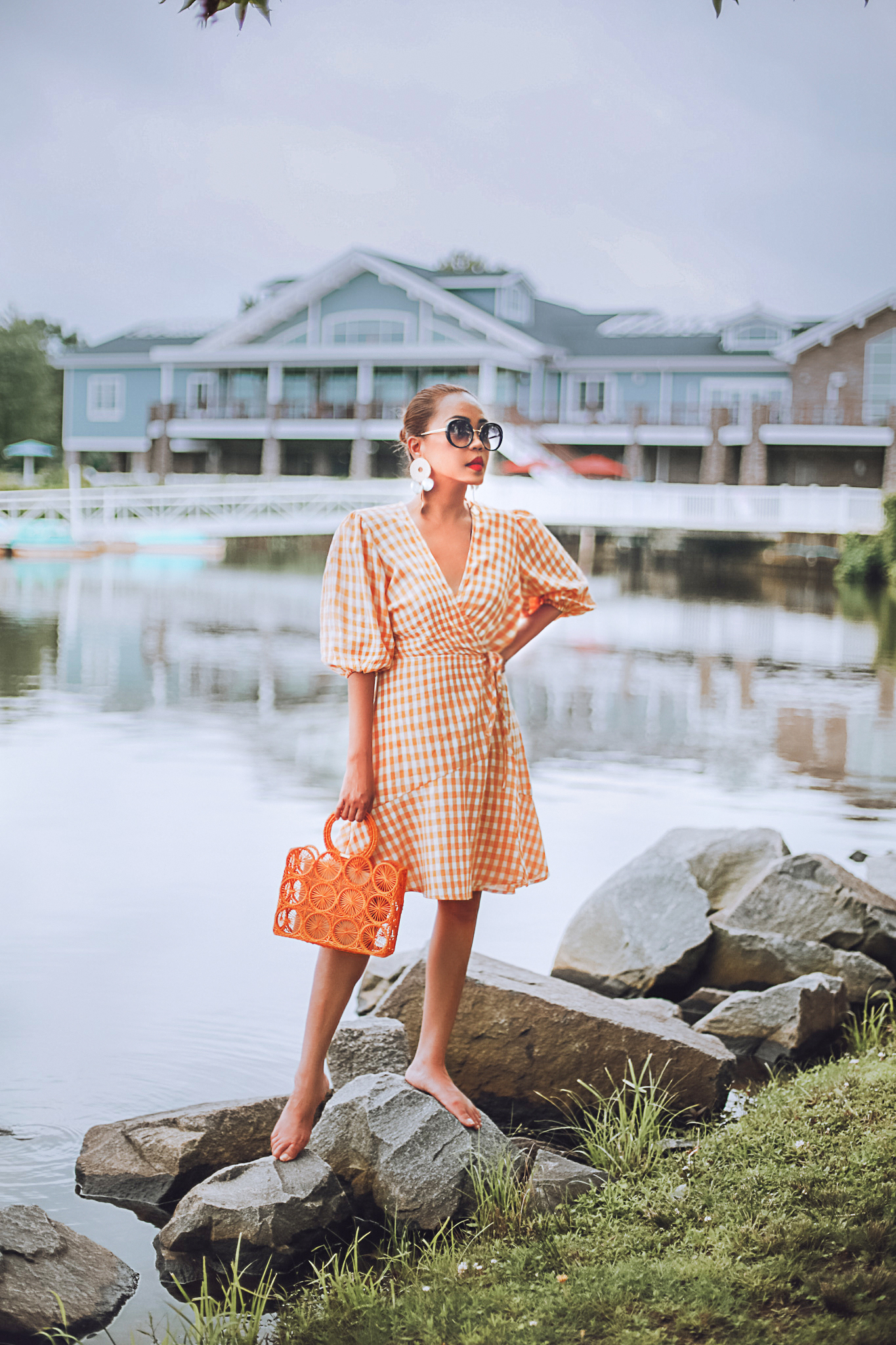 Don’t Be Afraid of Public Transportation

Taking the subway in New York is a cultural experience. In fact, it is one of my top things to do in NYC if you want to get a sense of the heart of the city. While it might not be the most comfortable way to get around (especially in the summertime), it’s a melting pot of people. Everyone uses the subway, and there are even live performances at some of the stations. You will never forget your commutes!

The subway is a major timesaver (hello, NYC traffic) but it’s not a magic portal. You can spend ages on the train if you are traveling to far-flung spots. Spend some time on Google Maps to get a sense of the actual travel time and where certain spots are located in proximity to one another.

If you haven’t traveled by subway much, there are a few things to keep in mind.

First up, avoid any empty trains. If no one is using a particular wagon, it’s probably got something gross going on, has a broken AC, or some other issue. Once you are in your wagon, grab the handrail (and you might want to pack some hand sanitizer) to make sure you are secure on your feet. Keep an eye on your stuff and make sure it is always in your line of sight. If you are lucky enough to get a seat, hold your bag on your lap or between your legs. 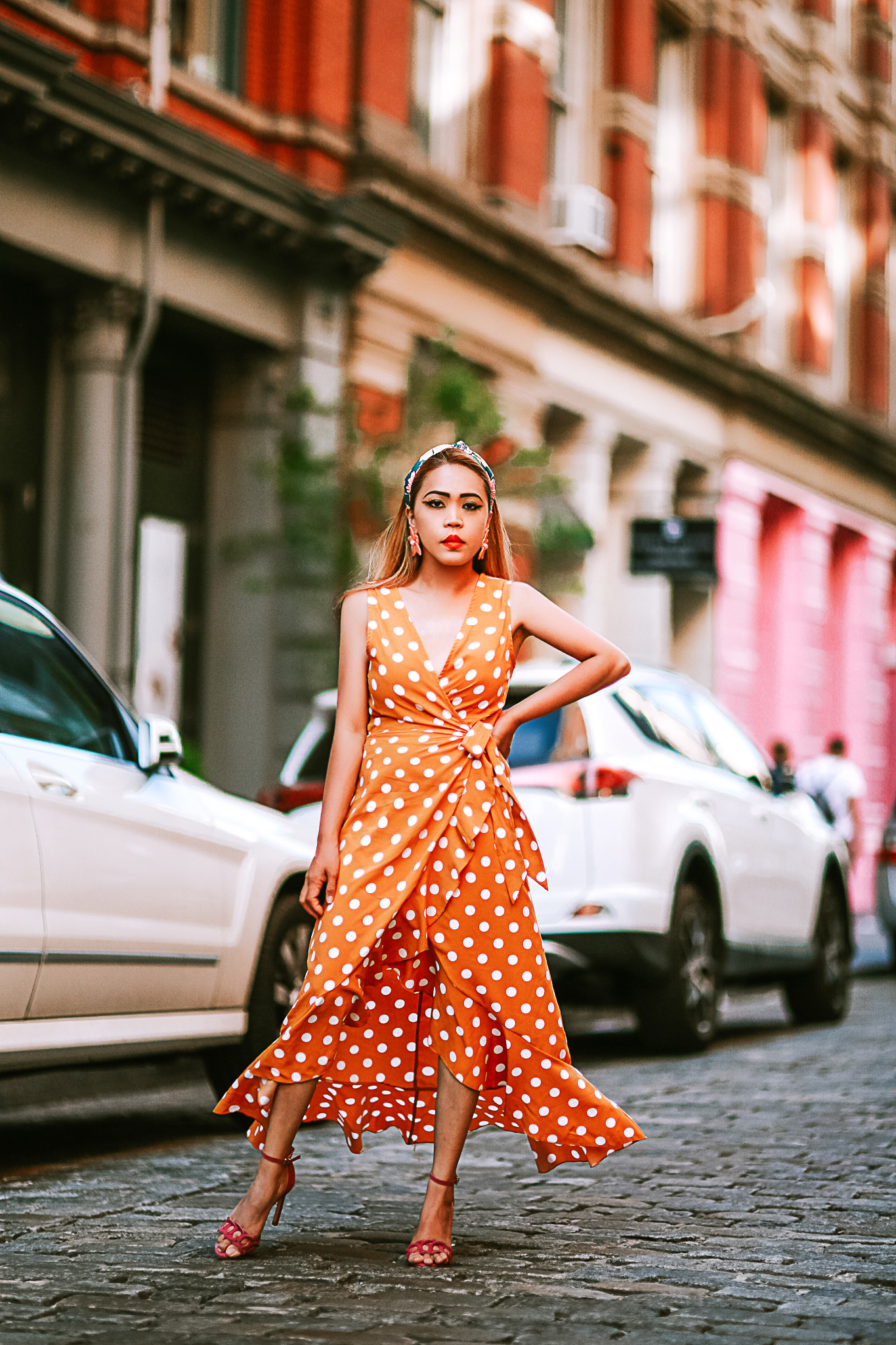 If you are in NYC for four days or more, the unlimited week subway pass for $32.00 is well worth it. You can go anywhere you want for a week. Just keep in mind that it’s just for one person (you can only swipe every 18 minutes).
Have you been to NYC before or are you heading there soon? Let me know in the comments below! And make sure to check out my ultimate New York City travel guide.