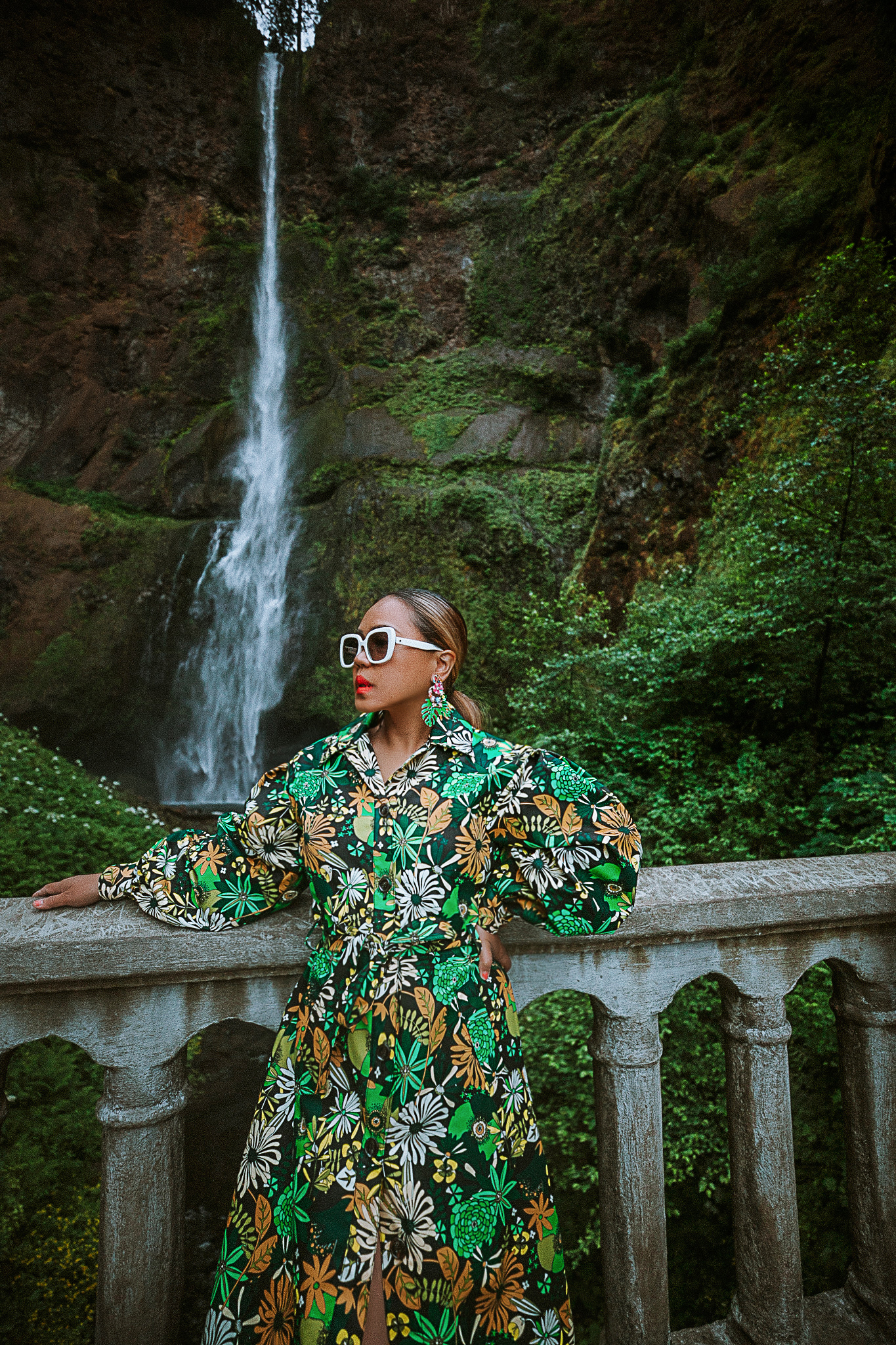 Multnomah Falls is Oregon’s tallest waterfall at 620 feet and the state’s most popular natural landmark and attraction. This magnificent waterfall is fed from Larch Mountain and is made even more picturesque by Benson Bridge which spans the falls lower tier.

For a close up view of the waterfall you can walk up a short moderately steep path to Benson Bridge which spans Multnomah Falls first tier. From here you can gaze up and see the top tier’s full 542-foot drop and look down at the second tier’s 69-foot fall. The bridge provides some great photo opportunities although it is quite difficult to get the entire fall in the one shot.

It takes about an hour to drive from Portland to Multnomah Falls heading east on I-84, and about 30 minutes from Hood River going west. The Multnomah Falls parking lot is a bit tricky because it’s actually in the middle of the highway, so be sure to stay in the left lane as you approach the turnoff.

No matter which direction you’re coming from the scenery is spectacular, and there are a number of other waterfalls to stop at along the way including a handful on the Historic Columbia River Highway which runs parallel to I-84.

Getting To Multnomah Falls

Multnomah Falls is located just off the I-84 and is about a 30 minute drive from Portland. You need to take exit 31 which is oddly on the left hand side of the road and very easy to miss if you’re not expecting this.The ramp will take you to a parking lot which gets full quite quickly on weekends. From the parking lot there is a walkway that will take you under the highway and to the Multnomah Falls viewing area.

Turn Your Day Trip Into A Weekend Away

There are many other attractions nearby including other beautiful waterfalls. Highlights in the area include hiking trails, fish hatcheries, and Bonneville Dam to name a few. Why not turn your day trip into a weekend away and explore the Columbia River Gorge further? You can stay close to Multnomah Falls in either Cascade Locks or Hood River but if you would prefer to camp see this article on visiting the Columbia River Gorge. 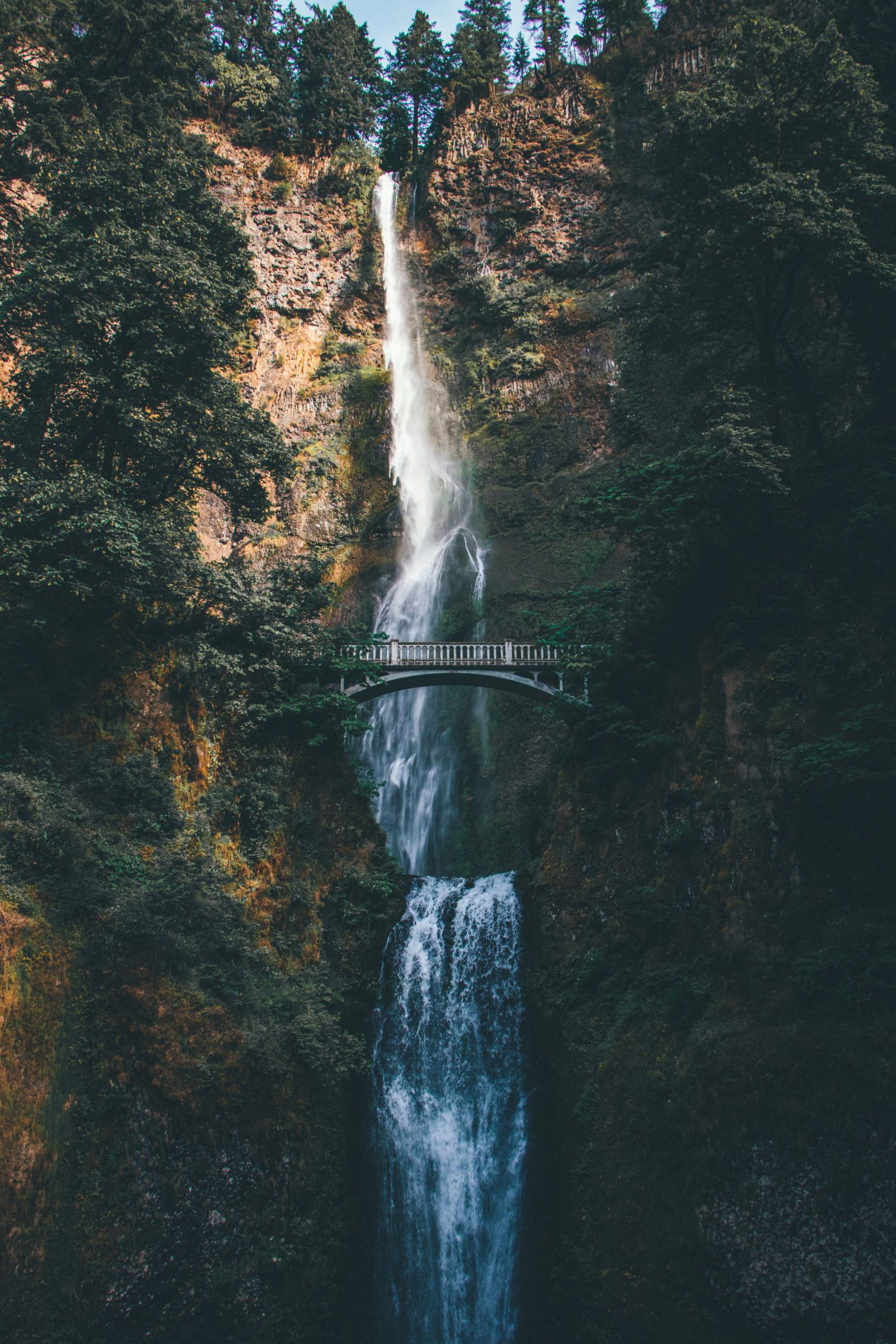 Getting To Multnomah Falls By Car

Although the car park holds 186 cars, the visiting car rate is estimated to be 13 times that per day, so prepare to be patient and read on for parking tips! Once parked, walk along the path under the freeway to access the viewing platforms, hiking trails, and Multnomah Lodge. It’s common to see the exit blocked by a mechanic gate. It automatically closes when the car park reaches its capacity and doesn’t reopen until a significant number of spots are available (about 10 percent). Don’t wait for the gate to open as it is dangerous to stop on the freeway. 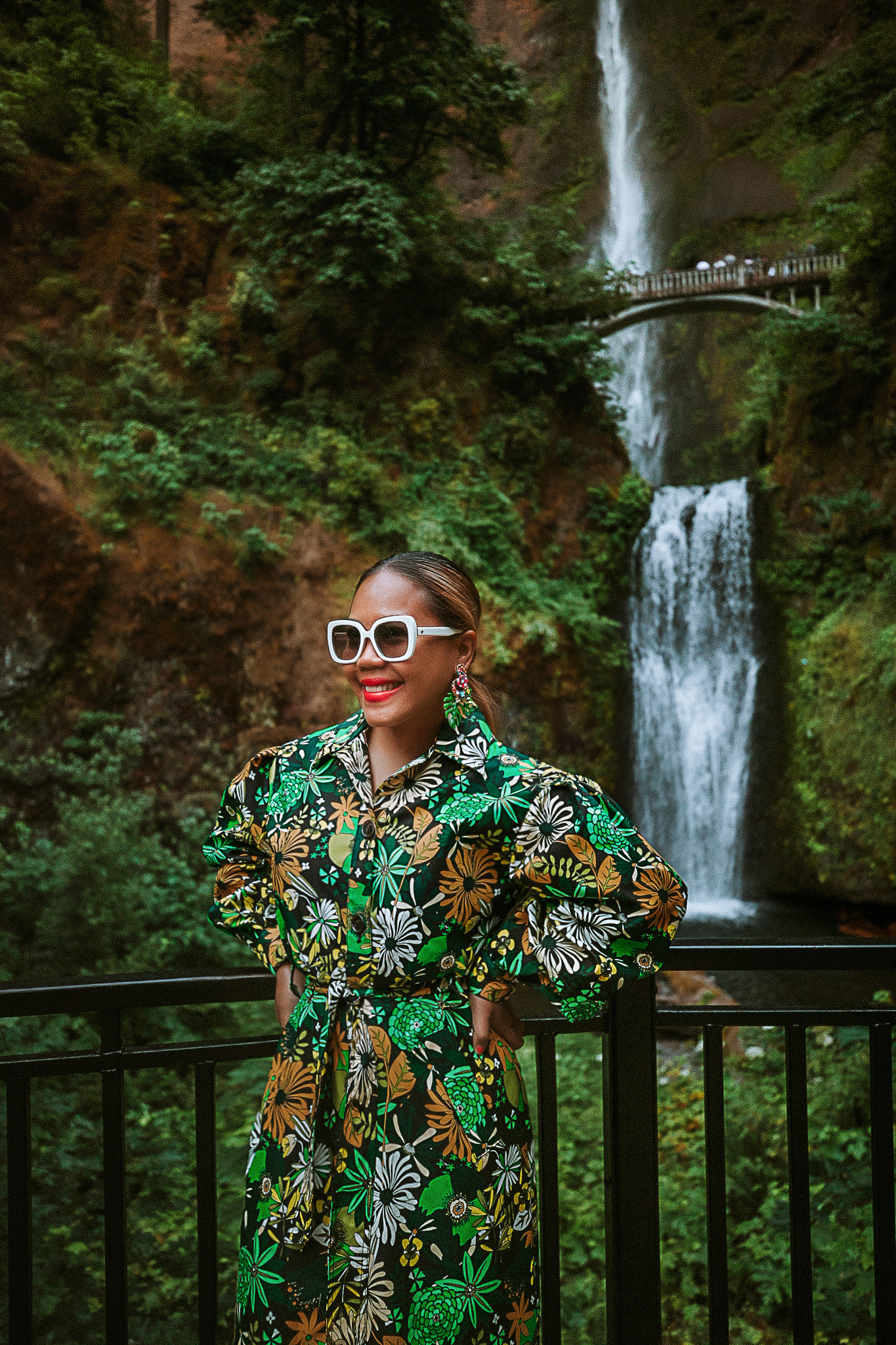 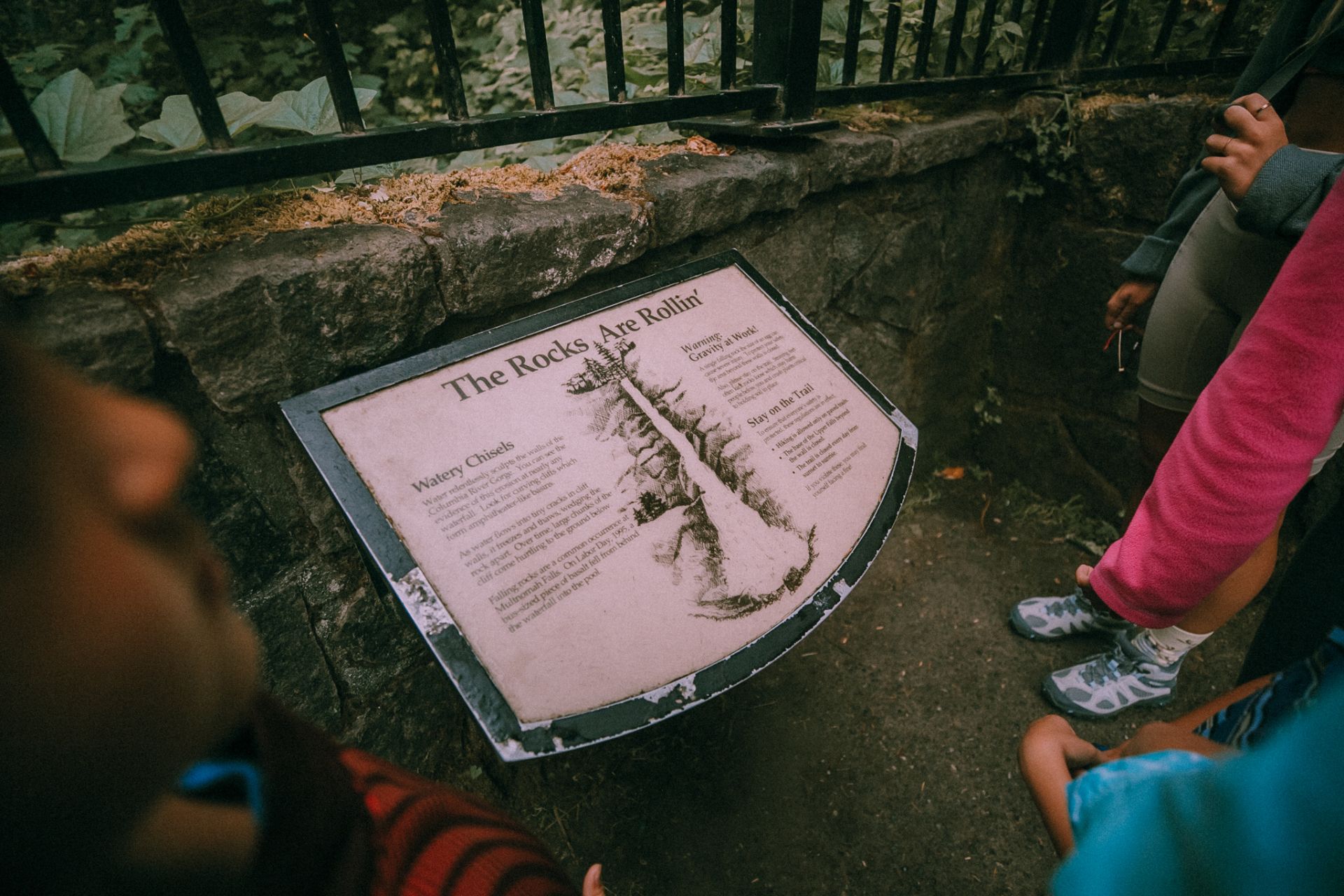 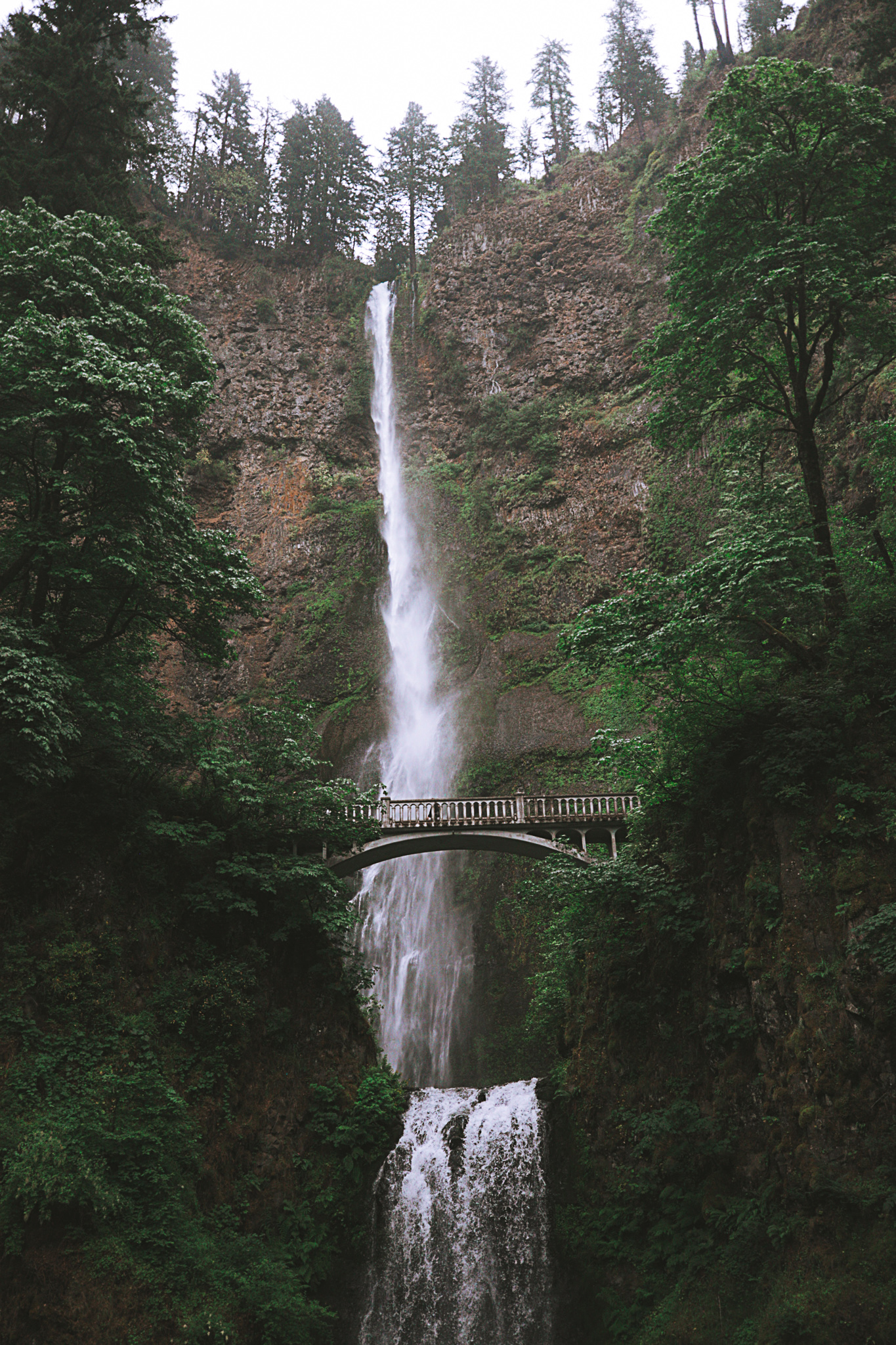 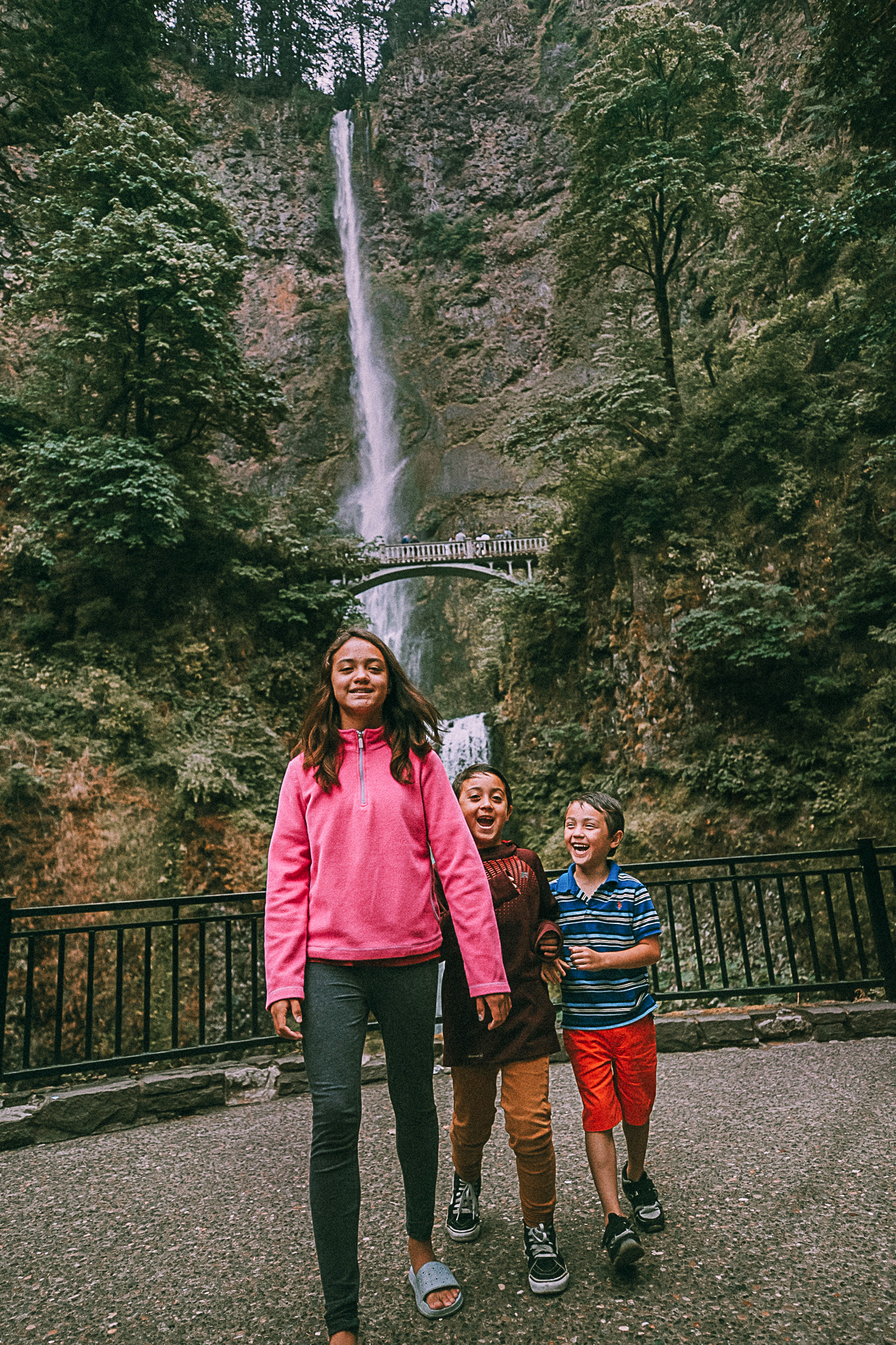 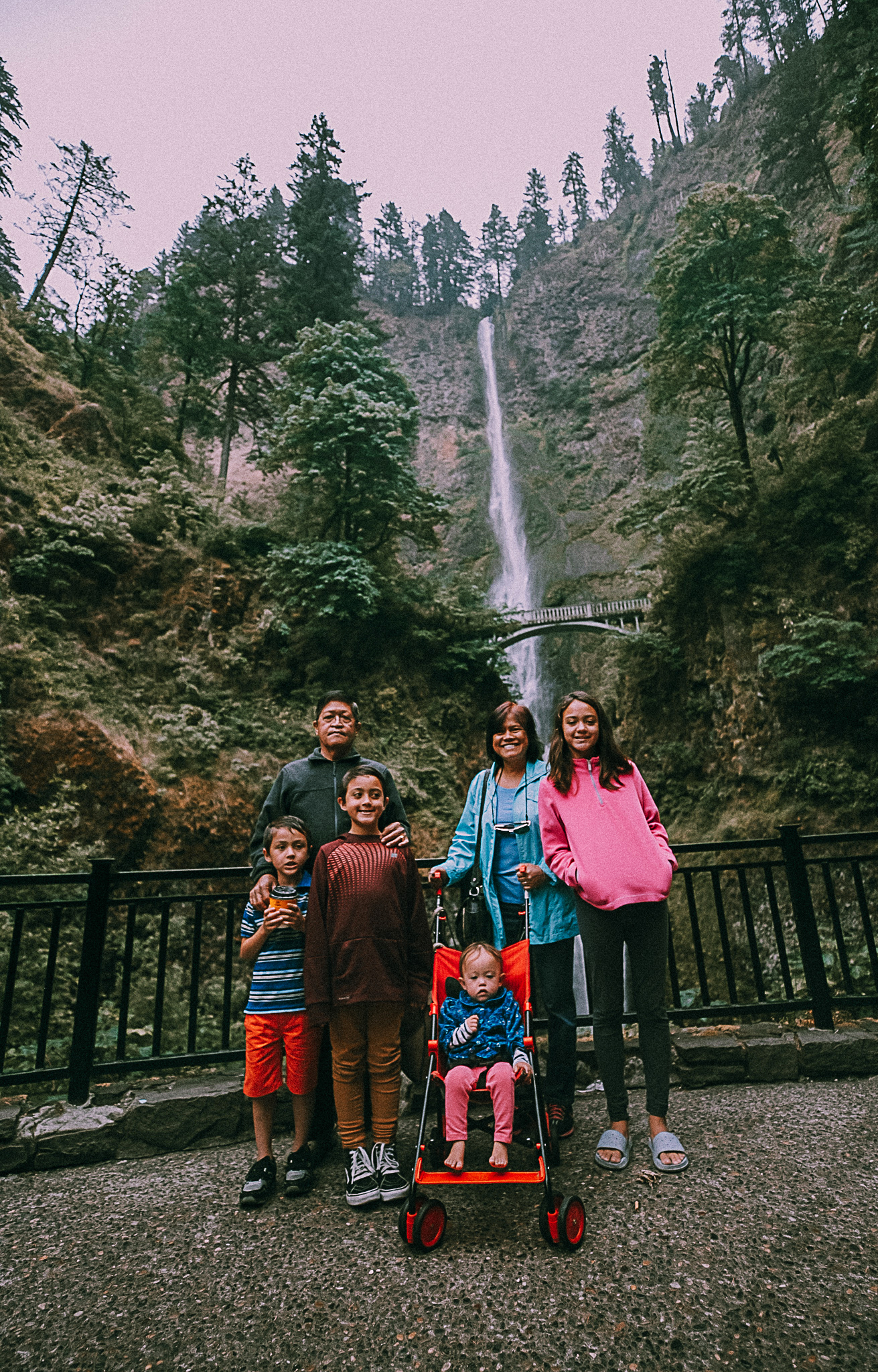 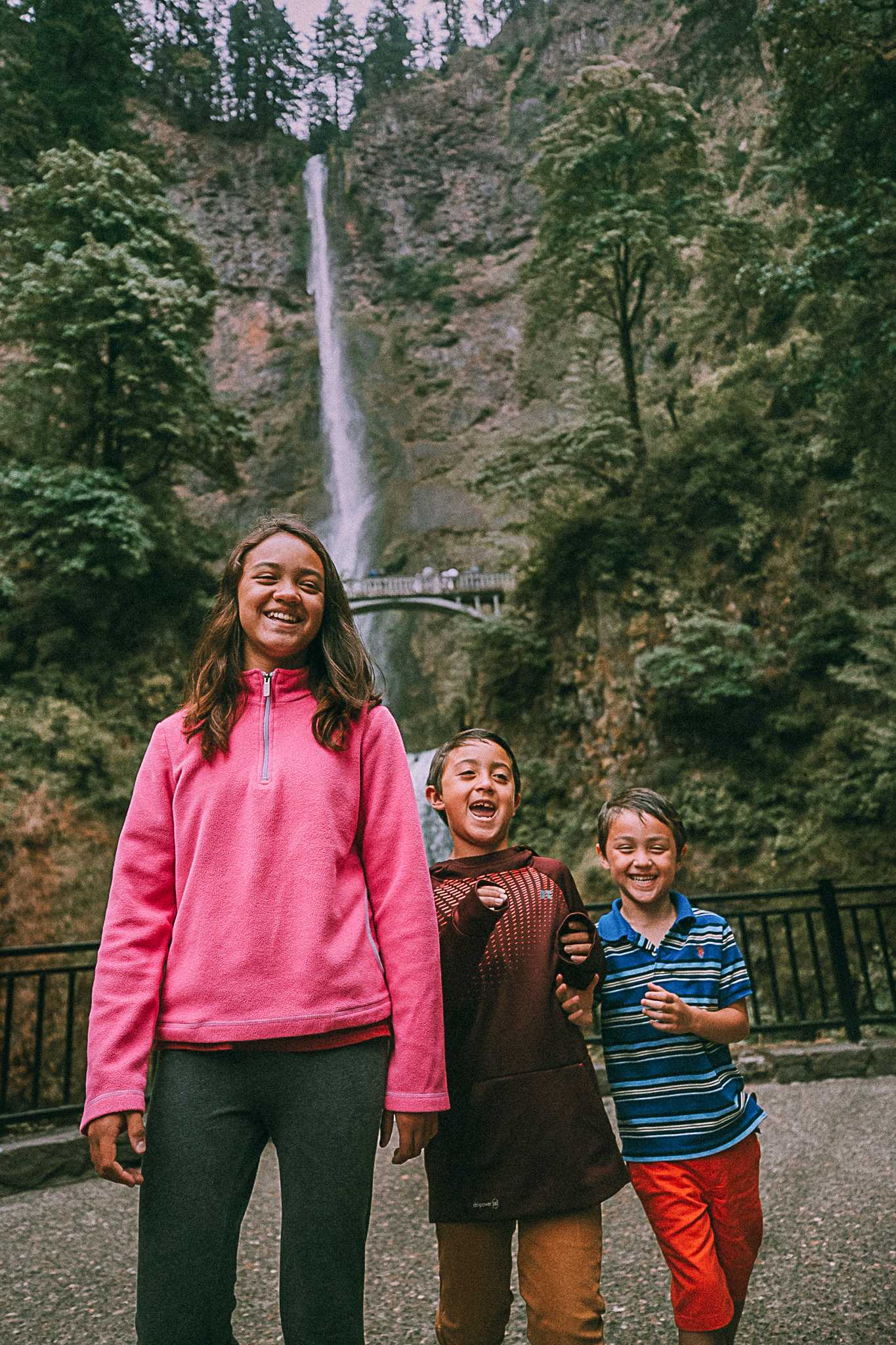 When Is The Best Time To Visit Multnomah Falls?

Because the area experiences four distinct seasons, Oregon’s Multnomah Falls provides different experiences during each time of year. Winter brings snow and ice while fall brings bursts of orange and yellow with the changing leaves.

Overall, you should prepare for crowds regardless of the season. Weekends and holidays almost always guarantee an influx of visitors. Arrive early in the morning and visit during the week if possible. 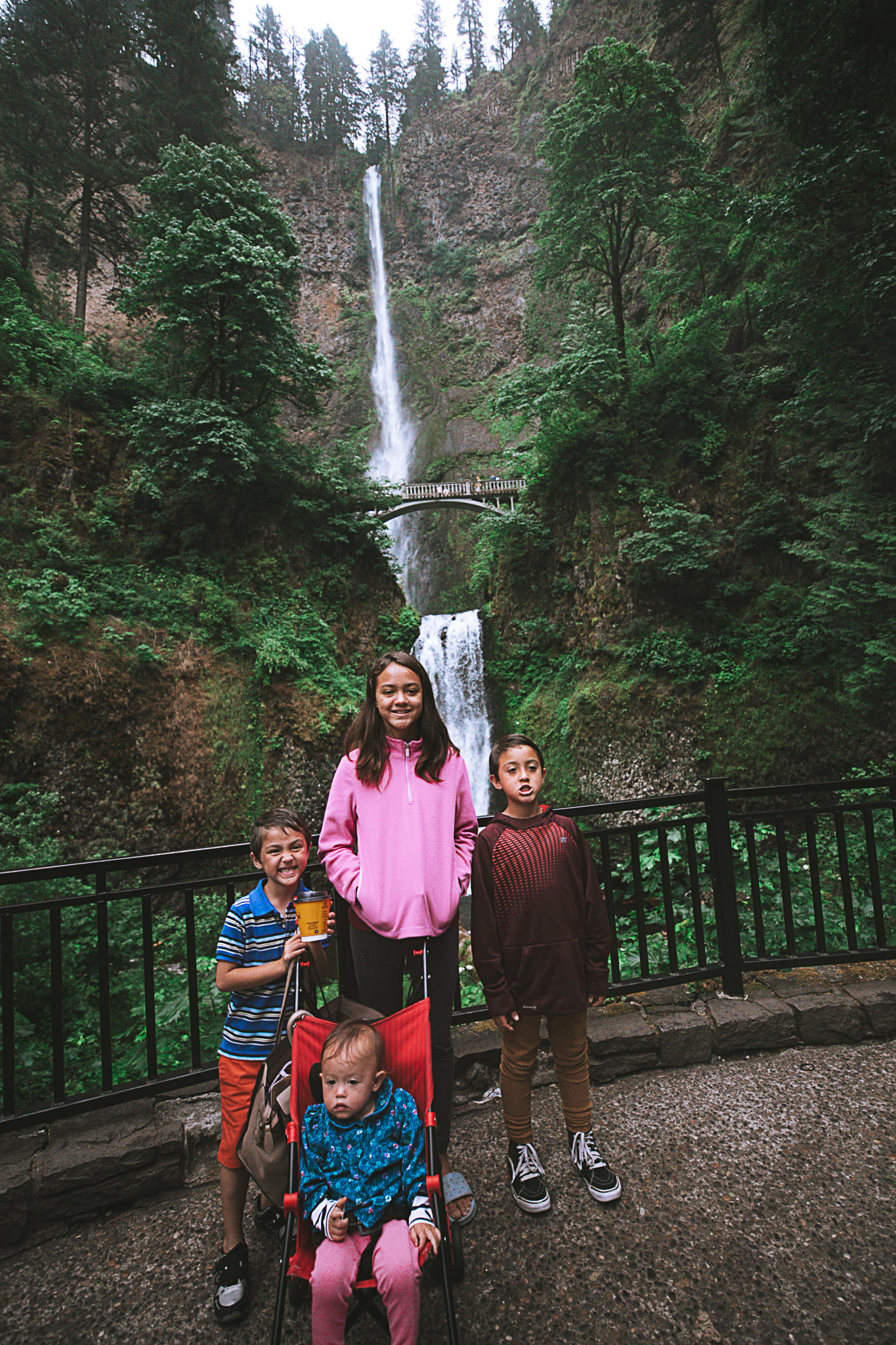 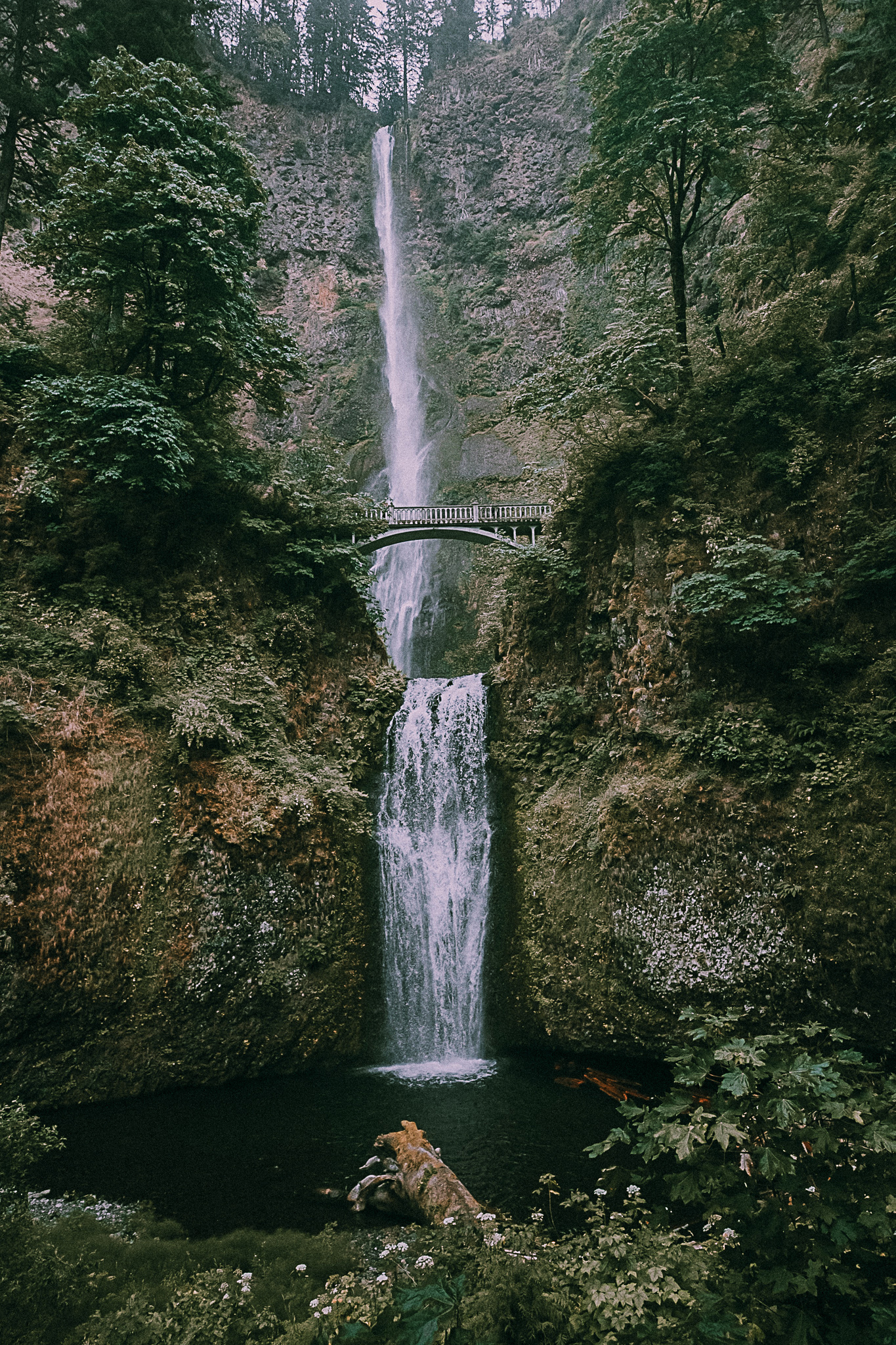 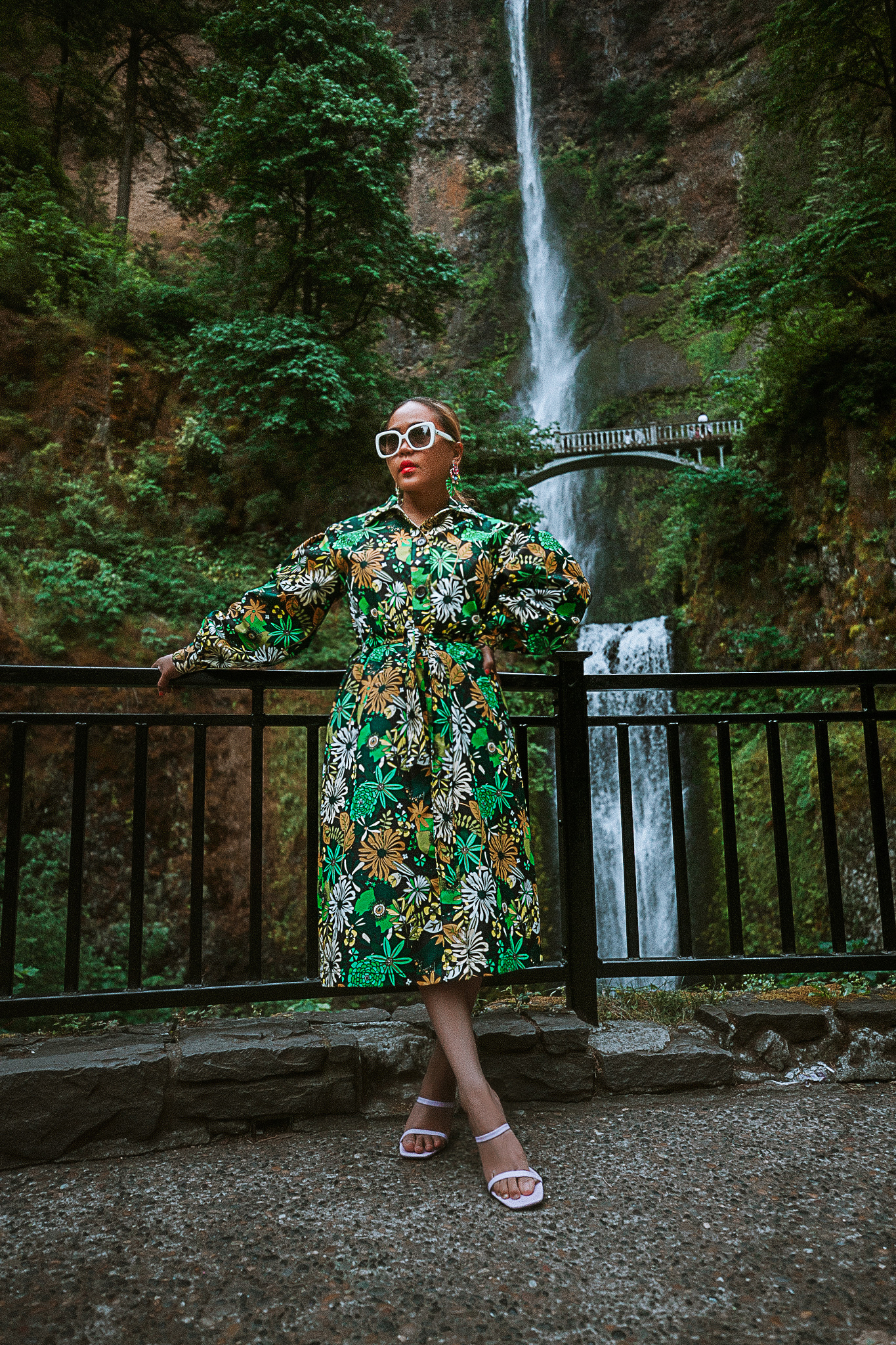 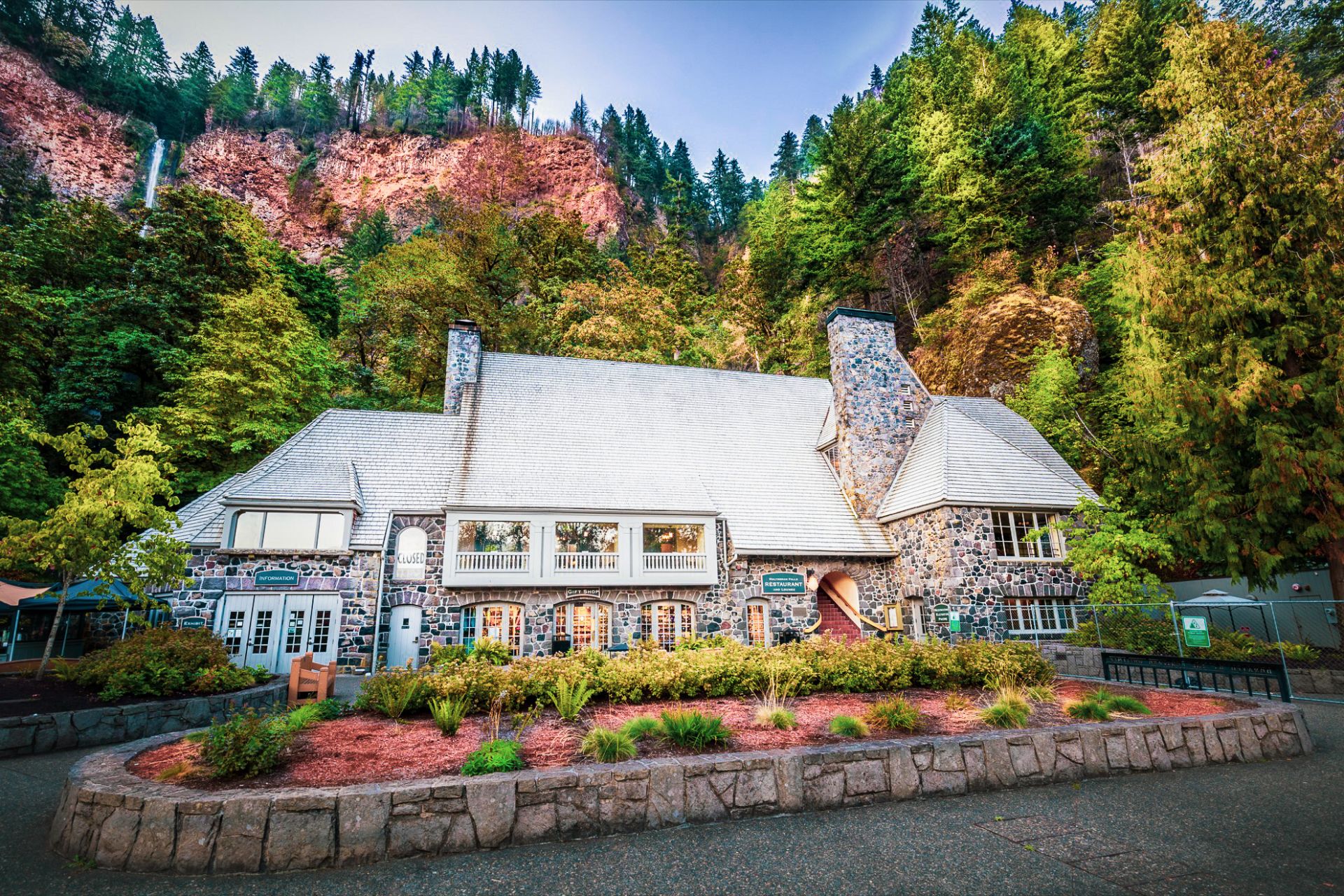 Hike To Viewing Points And Beyond

Multnomah Falls Trail is the gateway to a longer, six-mile hike to Larch Mountain that weaves through tall trees and lush underbrush. Additionally, the 4.9 mile Wahkeena-Multnomah Falls Loop passes by waterfalls including Ecola Falls and Fairy Falls. Monitor the U.S Forest Service to check trail openings before attempting any hikes. 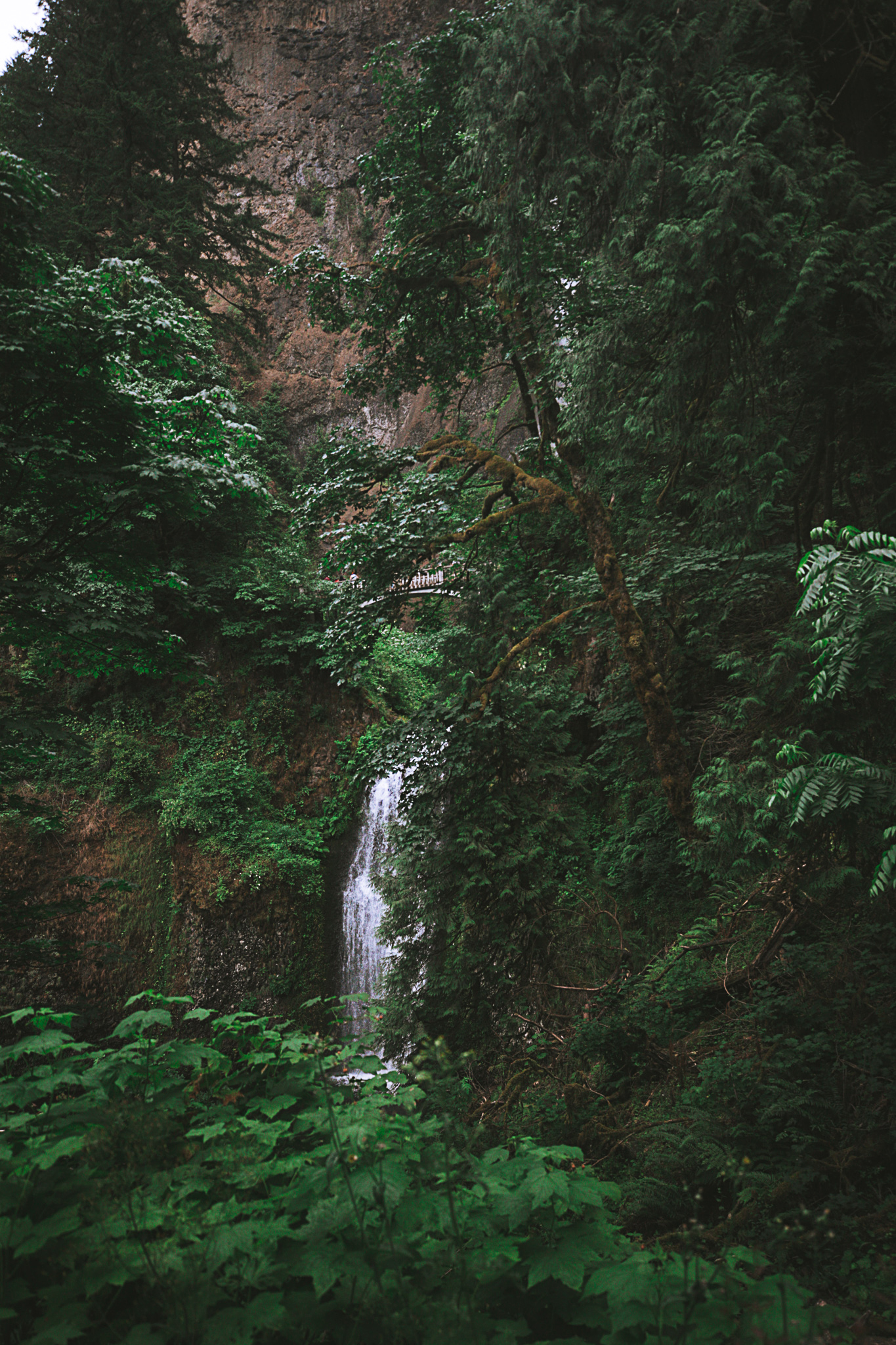 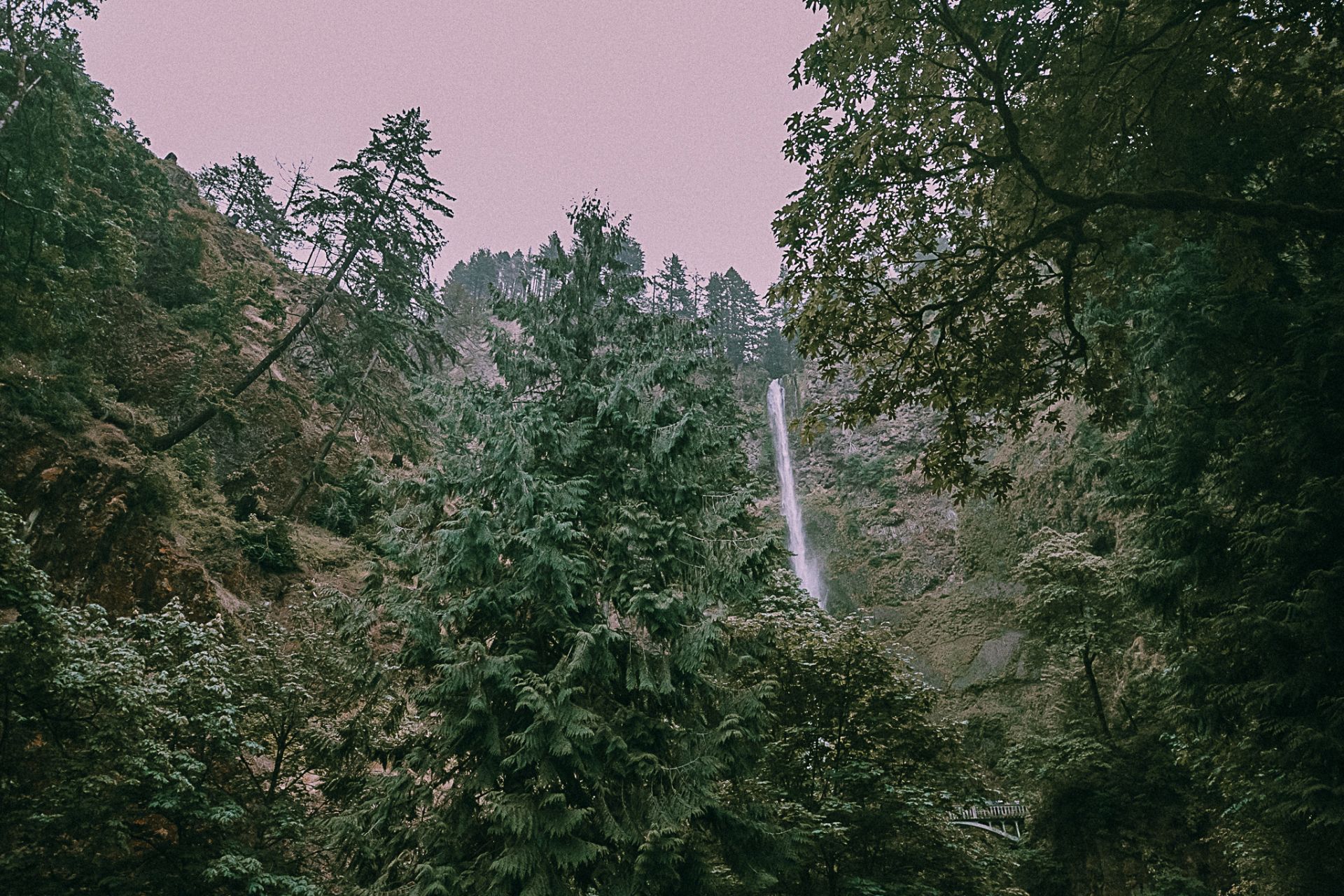 There isn’t any Multnomah Falls lodging directly on site, so the closest towns to the falls are Cascade Locks and Hood River in Oregon, or Stevenson, WA.

You can also go camping near Multnomah Falls by booking a site in Wyeth, Ainsworth State Park, Benson State Recreation Area or the Eagle Creek Overlook Group Campground. All of them are a quick drive to Multnomah Falls, as well as nearby Columbia Gorge waterfalls like Latourell Falls, Bridal Veil Falls and Wahkeena Falls.